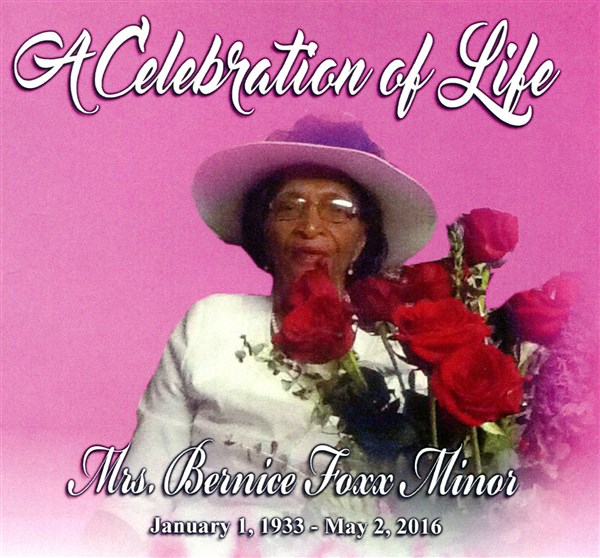 Once upon a time, Everdale M.B. Church resided on Calhoun Street, just up from Wright’s Grocery. I myself have been to some pretty heavy revivals in there. Lots of Holy Ghost moments come to mind. There was a lady, now passed, who used to inhabit the aisles and pews of this sanctuary. She never failed to greet me with a hug and the kindest of words when I walked through the door.  Also, she wore the most unbelievably beautiful hats. Living in an age of which most of us would consider post-romantic, maybe even post-Christian, she was a woman completely devoted to the pageantry that is reserved for the Bride of Christ. I would like to share a really, great story that goes with the life that was Mrs. Bernice Minor.

Katherine’s little heart has just been convicted by the Holy Spirit in a church revival service, and so she kneels at the “mourning bench” as sister Bernice, mother and her other sisters, sit nearby in the old Zion Springs Church between Coffeeville and Bruce. She is so very young. Katherine, 11 years old, along with the other newly confessed and accepted, are led outside to a muddy creek, where the cows drink… they are all baptized.

Her sister, Bernice, never missed church. Katherine remembers walking miles together every Sunday. Their mother was always with them.

A Funny Memory of an Apprentice Sister…

One of Bernice’s callings, that of being a hairdresser, was realized early on. Years older than Katherine and her other siblings, Bernice began rehearsing the trade by sometimes “burning out” everyone’s hair. Katherine doesn’t remember an exact moment when Bernice proclaimed beautician as a desired career, only that a lot of practicing resulted in a lot of burnt hair, although some did escape unscathed. The winners always teased the losers.

That corner of Martin and Railroad Streets used to be nicknamed “the block.” In 1963 or maybe it was 64, Bernice opened her beauty salon where Martin Street Liquors is now. She had spent several years prior to this moment, driving with her husband to West Point, Mississippi, studying cosmetology. This education was a Monday-through-Friday, weekly commitment, while her husband, E. G., drove on to Jackson to work; and while Bernice’s mother and family looked after her two young daughters, Elaine and Deborah.

If you consider those years, and had you known Bernice personally, you are compelled to imagine the feeling of hurt when John F. Kennedy was taken from her in ‘63. You would also recognize that in her salon, no white person would ever frequent. The prejudice towards blacks and the bias against women certainly illuminate a couple very strong truths about Bernice.

One is that Bernice must’ve made a conscious decision early on to look at the glass as being half full, and not half empty. She insisted on seeing the good in all of it. The other truth is that behind every great wife would’ve had to been a very sturdy, loving and supportive husband.

That decade was filled with the deaths of two Kennedy brothers, Martin Luther King, Jr. and so many others. One of the daughters told me Bernice was very hurt during those days.

A Love of Politics

Did I forget to mention that Bernice wasn’t nearly satisfied to watch the world turn, she wanted to help direct it’s path. So she ran, and she stumped, twice. And she knew without question that she didn’t need to win to affect change. She loved politics. She had a platform. Bernice was, at one time, the Chairperson of the Mississippi Democratic Party in Yalobusha County. She attended one of Bill Clinton’s Democratic conventions, which was a huge milestone for her.

Occupations, and Bernice had many…

Her employment resume was quite impressive, beginning at Pee Wee Sartain’s, which was a little restaurant. Water Valley dry cleaners was next. That enrollment at Jettie Beauty school led to the opening of Bernice’s Beauty Shop, which split her time with a position at Mississippi Action for Progress/Head Start. Later, moving her salon to a building behind her house, she opened Sunrise Coffee Shop in the same spot the salon had occupied there on Martin Street. Holley Carburetor and Toro saw her for a time as well.

About a month before Bernice passed, she and Elaine had a conversation. It remains Elaine’s most precious memory of her mother. It was Elaine’s moment to express to her mother how thankful she was for the many things she wanted to do as a young girl that were denied by Bernice. It isn’t until you grow older that you truly recognize a mother’s total and complete love and protection.

“When God gets ready for me I want him to just take me”….

Her request was granted.

Bernice was not afraid to speak out about her inevitable passing. Her faith in Christ informed her most assuredly of her going home, in the end. She always wished to go fast, to not lay around and suffer, and to cause her children to have to watch her suffer.

To Mrs. Minor, Water Valley was not a town, it was a village. And “Everdale” was not a church, it was home. It will take a village to protect a home.

Posted in Dead in Mississippi 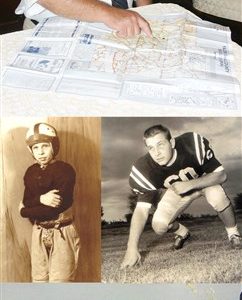