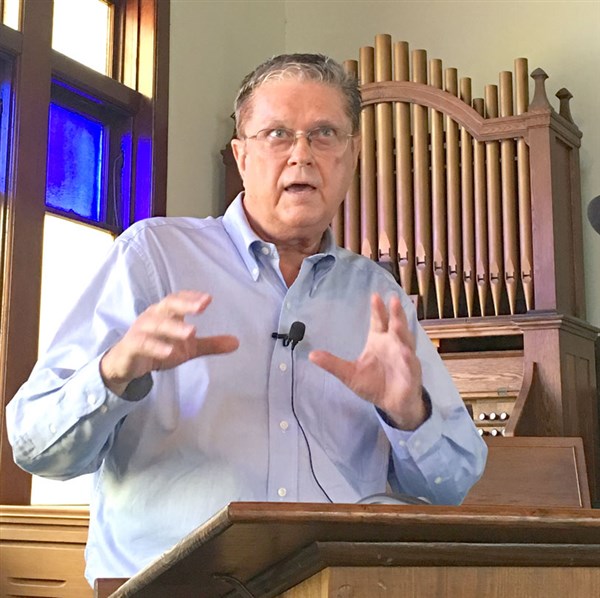 Speaking at the September Yalobusha Historical Society meeting, Al Price shared details of the search for Mary, the Magdalene.

COFFEEVILLE – Al Price spoke to the Yalobusha Historical Society (YHS) members and guests on September 21, and his topic was “In Search of Mary, the Magdalene.”

The summary of his presentation is as follows:

Al and his son, Don Allen, investigated the events and the legends in the South of France that have long existed outside the New Testament relating to Mary Magdalene, the devoted female disciple who demonstrated so much love and loyalty to Jesus to the very end.

After the resurrection of Christ, the early disciples experienced a great amount of persecution.  The legend says that Joseph of Arimathea took Mary to Alexandria in Egypt, where Jews were protected.  Around 42 C.E., she heard that Lazarus, Martha, and others had been imprisoned in Jerusalem so she returned and was also arrested.

They, along with Mary Jacobe (wife of Clopas) and Mary Salome (wife of Zebedee), Sidonius (a blind man healed by Jesus), and a 12-year-old Egyptian servant girl were put on a boat without oars to perish in the Mediterranean Sea.  This little boat without oars, however, drifted across the sea and landed at an outpost village in Gaul, one of the safe havens for persecuted Jews.

Upon arriving at what is today called Les Ste. Maries de lar Mer (the Saint Mary’s of the sea), the two older ladies stayed there to evangelize along with the servant girl named Sarah.  Lazarus went to Marseille and Martha to Tarascon, both to carry out the great commission of preaching. Cathe-drals, monuments, basilicas, and abbeys are named after the revered in those towns.

Mary Magdalene went to live in a grotto, a cave on the side of the St. Baume Mountains in the Nans le Pins area.  Pilgrims from many places came to the foot of the mountain where Mary Magdalene would come down and tell the people stories about Jesus.  Kings and commanders came to ask her blessings.  She was by far the most honored, female disciple of Christ in the Middle Ages.  After her death, she was reburied in the nearby town of St. Maximin, and where her bones are kept in a sarcophagus in a crypt below the basilica, which is named after her.  She is also the patron saint of the Provence district.

On Mary Magdalene’s feast day, July 22, thousands gather to witness men carrying her encased skull on their shoulders down the streets.  They rejoice and celebrate her legacy.

The most common and amazing experience was that everywhere they went, they saw the symbol of the boat without oars, meaning that the region believed the legend.

Consider this:  The legend can be traced to the Fourth Century.  The witnesses didn’t appear to have any reason for fabricating such a story with such specific details and personalities.  The list of passengers on the boat without oars is fairly consistent.  This legend is told and believed throughout the South of France and Europe for 1500 years.  Therefore, Al and his son concluded that there was a high probability that the legend was true.

As a result of the ministry of these disciples, Christianity was able to flourish throughout the Western World including the Americas. Price is a retired professor of sociology and mental health therapist and lives in Henderson, Tenn.  He was born in Oakland, and also lived in Coffeeville and Water Valley.  Thank you, Al, please visit us again.

Other notes of interest at the meeting: 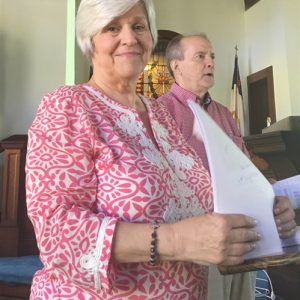