Months of politicking will culminate in Tuesday’s primary elections as the polls open from 7 a.m. to 7 p.m. at 12 precincts across the county. Only four incumbents in the county are unopposed and the local action is heavy on the Democratic ballot with 33 candidates seeking county positions. There are two local candidates running on the Republican ballot and four independent candidates.

The bid for District 4 Supervisor is one of the most interesting races in the county, with three former supervisors seeking another shot at their old job. Freddie E. Winters, George W. Suggs and Danny Barton will all be on the ballot against incumbent Timothy A. Booker, Sr. A fifth candidate, Eddie B. Harris, also qualified to run on the Democratic ticket in Tuesday’s primary. Harris previously served as District 4 Election Commissioner. A sixth candidate, Curtis Hames, is running for the seat as a Republican and will face the winner of the Democratic Primary in the November General Election.

There will also be five candidates on the Democratic ticket for sheriff. Incumbent William F. “Lance” Humphreys, Roger L. Pollan, James Anthony (Tony) Potts, Luther Gene Folson, Jr. and McKendrick Pawfene Bounds are competing for the Democratic nomination. The winner, which will likely be decided in the Democratic Primary run-off on August 27, will face independent candidate Mark. D. Fulco in the general election.

Five candidates are battling to serve as the next District 2 Justice Court Judge after incumbent Steve Riley, the county’s longest serving official currently in office did not seek re-election. Tommy Defer, Calvin Earl Hawkins, David Wallis and Terry Rockette are all running on the Democratic ticket. The winner will face Trent Howell, who is running as an independent, in the general election.

In the coroner’s race, incumbent Ronnie Stark faces Robert Walker on the Democratic ticket on Tuesday. The winner will face independent candidate Lezelrick Hodges in November.

In the race for District 2 Supervisor, incumbent candidate Kenneth E. Rogers faces Fred Earl White on the Democratic ticket, setting up a rematch from four years ago.

Two candidates are jockeying to succeed two-term incumbent Lee McMinn for the District 3 Supervisor slot. Kenny Harmon and Jacob Pryor are running on the Democratic ticket for this position.

Other contested races in the county include:

• District 1 Supervisor – Incumbent Cayce Washington faces Mickell Dunn in the November General Election. Washington is running as a Democrat and Dunn as a Republican.

The deadline to vote absentee is Saturday at noon in the circuit clerks offices in Water Valley and Coffeeville.

Pollworkers who will work on election day include:

(RO – Indicates Return Officer in each precinct. Tis person brings the ballot box from the precinct to the Water Valley courthouse to count the ballots. 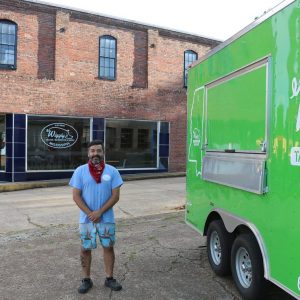 Wiggly’s Is Moving Into Hendrick’s Building 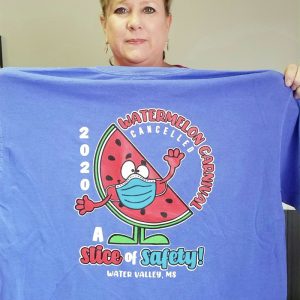 Only The Largest Melon Contest Remains 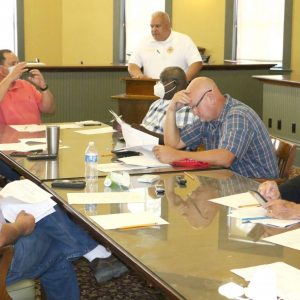