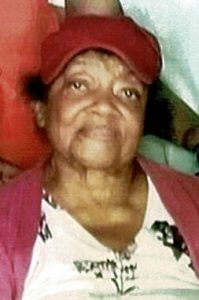 WATER VALLEY—Gertrude Owens, age 79, died in Baptist Memorial Hospital—North Mississippi at Oxford January 17, 2020, peacefully with her family by her side.

The funeral service will be held Saturday, February 1, in Serenity–Daniels Funeral Home at Water Valley.

Born March 3, 1940, Gertrude was a daughter of the late Fred Owens and Annie Owens.

She leaves to cherish her memory four daughters; one granddaughter; and two sisters, Annie Owens of Water Valley and Margarett Johnson of Oxford.

Mrs. Owens started working, cleaning people’s homes, when she was 16 years old. When she became older, she worked at Big Yank and Valley Poultry. She realized factory work wasn’t for her, so she returned to cleaning homes for different people, whom she loved.

Born October 26, 1966, Danny was a son of Charlie Rogers and the late Jeanette Rogers. He gave his life to Christ at an early age and joined Oak Grove C.M.E. Church in Water Valley. Later he joined By God Inspired Fellowship of Southaven, where he was a faithful member for the past four years. Danny enjoyed riding horses (Tonda and Brownie) with many pasture adventures with family and friends during his childhood. In later years, Danny had a passion for working on vehicles and fixing them up. He also enjoyed sports, as he was an avid sports fan and he enjoyed watching his sons’ events. Danny was a 1985 graduate of Water valley High School and received an associate degree in engineering from Northwest Mississippi Community College.

He was preceded in death by his mother, Jeanette Rogers; and a nephew, Rodrick McLeod, Jr.

The funeral service was held Sunday, January 26, at 11 a.m. in Serenity-Williams Chapel in Oxford, with visitation one hour prior to the service. Interment was in Magnolia Cemetery with Serenity-Daniels Funeral Home in charge of arrangements.

Born March 11, 1933, Mrs. Taylor was a daughter of the late Ruben Jolly and Mrs. Irene Reifes. She was a very sweet loving person. 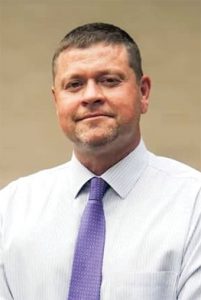 Terry was born June 27, 1972, in Pontotoc. After moving to Water Valley, he played high school football for the Water Valley Blue Devils. Graduating from WVHS in 1990,  Terry earned his Masters of Accountancy from Delta State University. He was presently working at Yalobusha General  Hospital and Nursing Home as the Chief Executive Officer. During his career, Terry dedicated his time and talents to serving different organizations connected to his field, including serving as president of Delta Rural Health Network (now known as the Rural Hospital Alliance) and Vice chairman of Healthcare Providers Insurance Company (HPIC)—2003-2016. He was a member of the Nursing Home Administrators Licensing Board, Medicaid/Medicare Advisory Committee, National and State Rural Health Associations, Mississippi Society of Certified Public Accountants, and the American Institute of Certified Public Accountants. Terry also served his local community in the Lions Club, as president of the Chamber of Commerce in 2003, past president of the Rotary Club, as well as coaching in the Magnolia Youth League.

Terry enjoyed golfing, attending sporting events at Mississippi State, and traveling and spending time with his family. He was also a member of First United Methodist Church of Water Valley, where he served as Chairman of Finances.

The family will receive friends Wednesday, January 29, from 5-8 p.m. in Seven Oaks Funeral Home. The funeral service is planned for Thursday, January 30, at 11 a.m. in the Henry Chapel of the funeral home with Rev. Reed McCaleb and Dr. Shane Crawford officiating. Interment will be in Oak Hill Cemetery immediately following the service.

Survivors are his wife, Tracey Norris Varner; a daughter, Jordan Elizabeth Varner; and one son, Tyler Brooks Varner, all of Water Valley; his mother, Barbara Graham (William) and a sister, Christy Magers (Randy), all of Columbus; and a brother, Michael Steven Varner, of Elizabeth City, North Carolina.

Terry was preceded in death by his step-father, Max Peacock.   Memorials may be made to Yalobusha Medical Foundation, 630 South Main Street, Water Valley, MS 38965, in care of Joe Black, or to First United Methodist Church, P.O. Box 288, Water Valley, MS 39965.