Whether the information is about the suspicious death of a woman found deceased inside her burned mobile home just after Christmas last year, or an elderly man brutally beaten and killed in his home on Calhoun Street in Water Valley in 2009, the Yalobusha County Crime Stoppers is offering big bucks for information about unsolved homicides in the county.

Crime Stoppers is offering $2,500 for information that leads to  an arrest and felony indictment on any unsolved murder in Yalobusha County. The Herald has provided information on page 2 about six unsolved homicides in the county since 2004, and one suspicious death last year.

If you have information that may be important for these cases, contact the local organization anonymously at 1-866-933-TIPS (8477). All calls are routed through an out-of-state operator and are not traced.

You don’t have to give your name, instead an operation will take your information and assign you a code number. If an arrest and indictment is made, you call Crime Stoppers again, provide your code number and a reward will be paid – no questions asked. The operator will provide instruction about how to collect your cash reward. You never have to reveal your identity or sign any receipts.

Yalobusha County Crimestoppers has been in operation since 2006 and the “TIPS Hotline,” as it is more commonly know, has taken numerous tips from concerned citizens. Those tips have aided in the arrests of criminals and the clearing of felony cases or warrants.

Among unsolved murders in Yalobusha County from 2004 – Present include:

June 2, 2004 – Kristina Dixon was found brutally murdered in her home on Samuel Drive in the Boat Landing Community. Dixon, who was 23, was discovered by family members. The Yalobusha County Sheriff’s Department and Mississippi Bureau of Investigation (MBI) have worked on the case for years as new leads have surfaced. 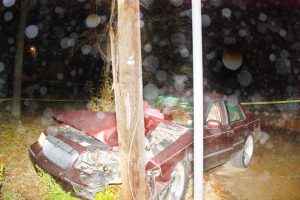 Ernest Moore was gunned down in his car in Coffeeville.

Feb. 13, 2009 – Ernest Moore was gunned down in his car on Kennedy Street in Coffeeville. Multiple shots were fired, including the round that struck Moore in the head killing him instantly. His vehicle left the road, striking a pole in what officials described as a violent wreck. He was 29 years old. The Coffeeville Police Department and Yalobusha County Sheriff’s Department investigated the case. 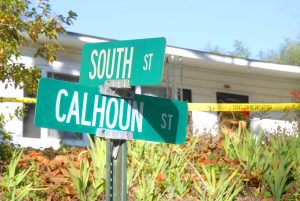 Columbus Jimmy Buford was brutally beaten and killed inside his home on Calhoun Street in Water Valley on Dec. 15, 2009. MBI agents and the sheriff’s department assisted the Water Valley Police Department with the case.  Buford, known as Jimmy, had been the victim of a robbery less that four months earlier when a masked man entered his home and demanded money. Buford was injured in a fight with the suspect, who then took money and fled the scene. Buford was 73 years-old. 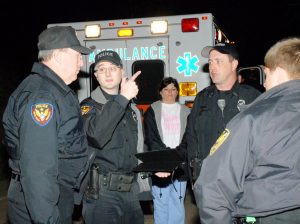 Carey “Pudding” Shantell McCollins was fatally shot at a residence on West Lee Street, just west of the Suggs Street intersection in Water Valley. Police were called to the residence around 10 p.m. and shortly after arriving reported that one man was down. McCollins was 31 years-old. 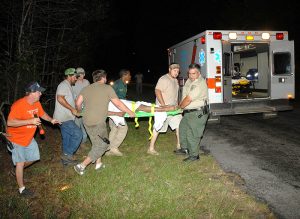 Marcus White is hoisted into an ambulance after he was discovered in a ditch badly beaten.

Deputies received a 911 call reporting a man was in a ditch on County Road 25. They responded and discovered Marcus White had been beaten in the head with a 2×4 and an iron pipe. He had been beaten and robbed and was only able to say as he was being loaded into the ambulance that two men had jumped him. He was never able to talk again and never recovered from the assault, remaining in a nursing home until his death in 2014. The 2011 assault was reclassified as a homicide and the sheriff’s department has reached out to the public numerous times seeking information that could lead to an arrest. Authorities believe that whoever contacted authorities about White’s whereabouts on the night of Sept. 1, 2011, has intimate knowledge of the crime. 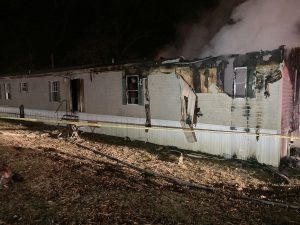 Jones had been found dead in her scorched bedroom in a trailer owned by her father in the early hours after Christmas Day.

The body of Kristina Michelle Jones was found inside her burned trailer on Pat Drive in the Boat Landing Community. The cause of death is listed as undetermined. Jones’ death has not been ruled a homicide but remains under investigation. 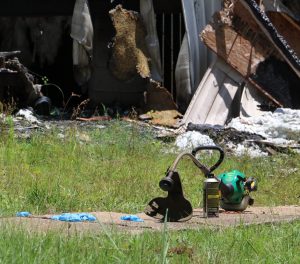 Authorities believe Ashley Henley was cutting grass when she was shot.

The most recent unsolved murder in Yalobusha County is also the most prominent one, sparking attention from media across the United States and globally. Ashley Henley was discovered gunned down late on a Sunday afternoon on Pat Drive, the same location where her sister-in-law, Kristina Michelle Jones, was discovered inside the burned trailer.

Authorities believe Henley was cutting grass with a string trimmer when she was shot in the head. A former State Representative, Henley had expressed frustration about the pace of the investigation in Jones’ death. The case made national news and was even shared across the world after Henley had shared that she had discovered something important as she searched for answers about Jones’ death.

Santa And Mrs. Claus Are Coming To Town Friday