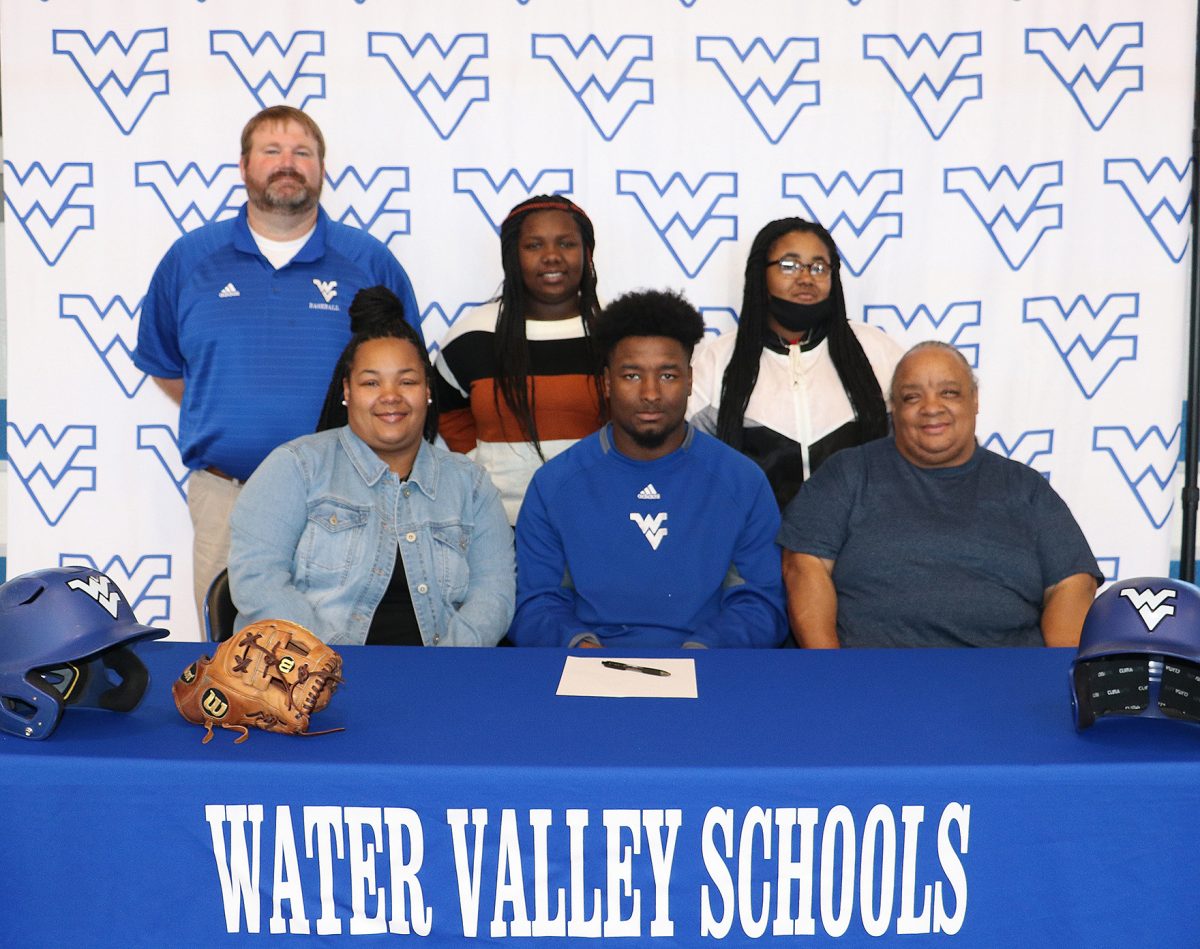 WATER VALLEY – Water Valley High School senior Ka’Darrius (Dre) McCray signed with Itawamba Community College (ICC) on an athletic scholarship to play baseball following his graduation in May. McCray has started for the Blue Devil baseball team since junior high, working from the mound and also playing third base, short stop and second base. He is also a six-year member of the football team.

“Obviously anytime we have anybody sign it is a big day for the program. It is also a very exciting day for the young man and the family,” Blue Devil head baseball coach Jeb Lee reported during Monday’s signing at the high school gym.  “That is why we are in this business, to see these young men grow and continue their education. If they can do it through the game of baseball, that is a big bonus for me as a coach and for this program,” Lee said.

McCray reported he has been working to earn a baseball scholarship since he was a sophomore. He first started talking with the coaches at ICC back in August.

“It was very exciting,” McCray added about being recruited for collegiate baseball.

McCray and Lee share a strong bond after Lee assumed duties as head coach six years ago, the same year McCray entered the seventh grade. Even as a young junior high player, McCray’s talent stood out and he landed on the starting roster for the high school team after capturing the attention of the coaches during tryouts.

“I told one of my assistant coaches, ‘we are going to move him up to high school right now,’” Lee reflected on one of his earliest memories of the standout.

When McCray takes the field in February to start his senior season, Lee is confident that he will continue to be a top performer.

“What he is capable of doing is good enough. He doesn’t have to do anything extraordinary. Just go and be himself and play the game he knows how to play it. The results will take care of themselves with Dre,” Lee added.

During his six years as head baseball coach and five years as assistant coach, Lee recalled that McCray is the only player who will have started almost every game from seventh grade through their senior year.

“There have been others – Ty Kuykendall, Blaine Clark, Cooper Clement – who started some games as a seventh or eighth grader and played on, Lee added. “And before them our assistant coach, Cole Camp, even started in a state championship game as an eighth grader,” Lee continued.   “It is not unheard of here at Water Valley. We play young guys, we play old guys, we play whoever can play and obviously Dre is one of those who has been good.”

The Season Ahead For Dre And The Blue Devils

“As far as our team goes, our expectations are through the roof. I expect us to have a chance to really make a run at this,” Lee reported about the upcoming season that starts in February and a chance to win out.

The Blue Devil baseball team will return roughly eight starters, including pitchers.
“We have some holes to fill that were left to fill in the lineup by my two seniors who graduated. But our defense is pretty much intact. I am excited about our leadership and, of course, Dre is one of them. There hasn’t been too many things that he has not seen when he is on the field,” the coach noted.

Lee is excited about his assistant coaches including the new hire, Matt Wolfenbarger.

“He had been the head baseball coach for Mississippi University for Women in Columbus, he actually started that program,” Lee said. “He was looking to get back home, he is from Batesville. I think he is going to be a big addition to the program.”

Coach Cole Camp, a former Blue Devil player, is the other assistant coach.

“He brings a lot of youthful energy, which is what we need. I love that about him,” Lee said about Camp.

Lee is also confident that the new competition his team will face in conference play will be good for his players. The Blue Devils are competing in Division 1-3A following redistricting, a lineup that includes four perennial powerhouses in north half of the state.

“We will see college players every Tuesday and Friday,” Lee added about the talented players from rival competitors who have also players committed to play at the next level.

The Blue Devils will face tough non-division competition during the season, including the opening week where they will face 4A, 5A and 6A competition for their first three games following the annual jamboree on Feb. 12. This lineup includes Houston, a 4A team, on Feb. 15. Next on the schedule is a trip to Cleveland Central, a team that finished one game shy of making it to the north half in 5A competition last year. The opening week ends with a trip to face South Panola Tigers, a 6A team.

McCray is confident that his team will advance beyond the second round in post-season play, an all-to-familiar obstacle for his Blue Devils.

“My goal this season is to be my best,” McCray said. “And as a team player, to help make sure everybody is doing the right thing.” 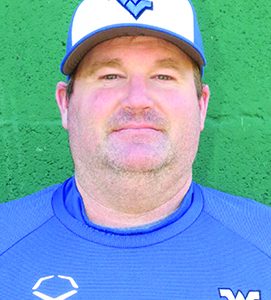 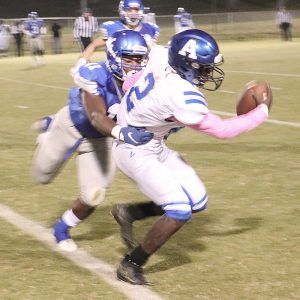 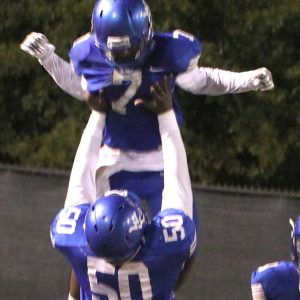