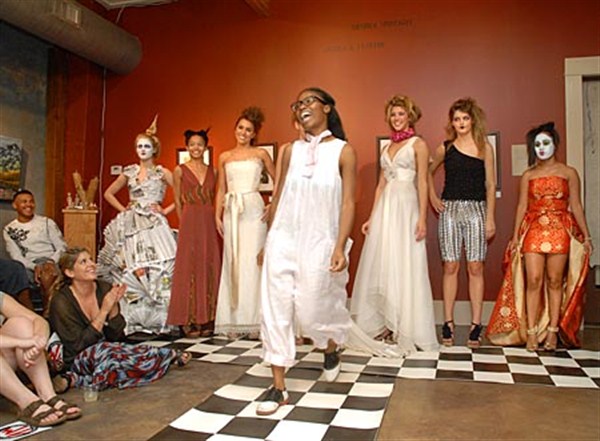 Art And Fashion Mix Downtown – Designer Julia Ray reacts to applause and cheers from the audience during her fashion show in Bozarts Saturday night at the end of the 4th annual Art Crawl. – Photos by Jack Gurner 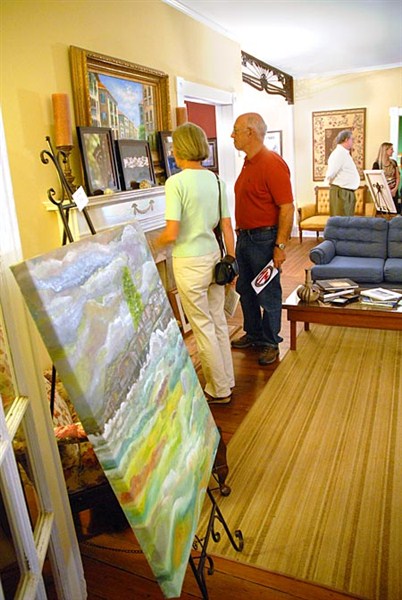 At the stop on Dupuy Street, visitors viewed paintings and photographs at the home of Dr. and Mrs. Barry Weeks. 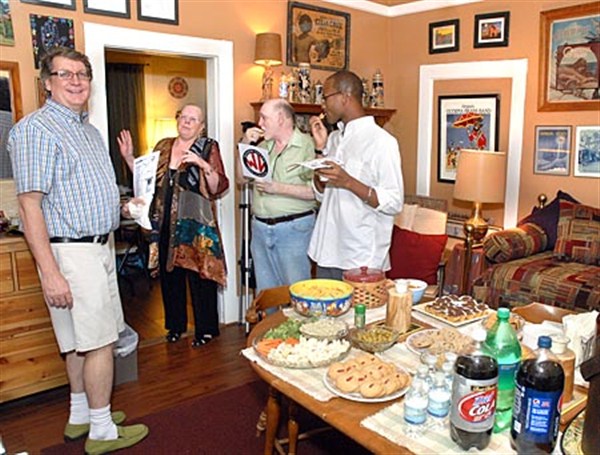 The fourth annual event featured some 54 artists exhibiting at 16 different locations around town including the home of Katrina Geenen on Pate Street. 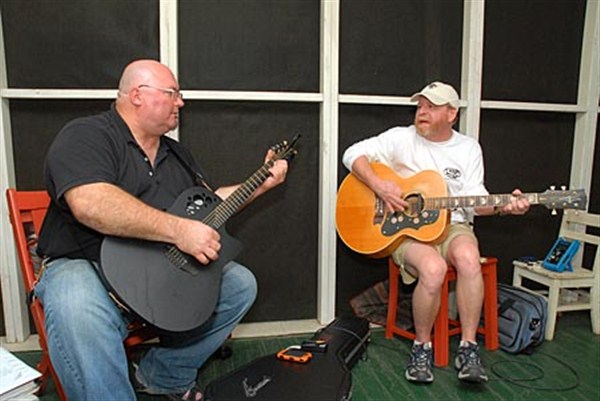 Music was also a part of the crawl. Andy Sewell and David Burns (left photo) entertained at the Warren residence on Panola Street. 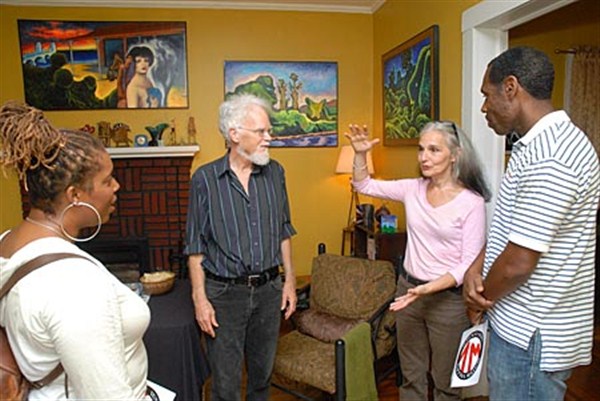 Bill Warren and Pati D’Amico (center) discussed art with visitors at their home on Panola Street. The couple has been a part of the art crawl since the beginning and have allowed other artists to display at their home. 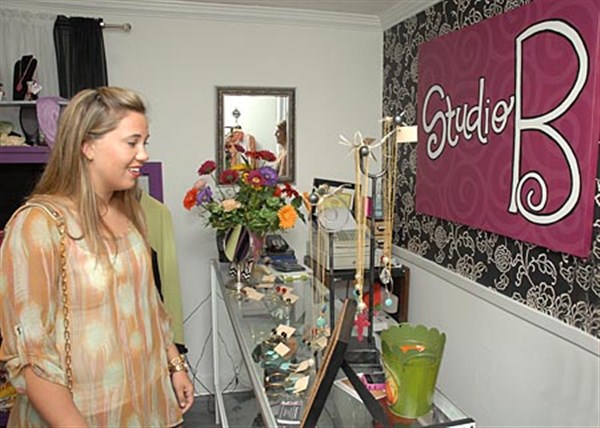 Avery Larson look over jewelery in Studio B at Defining Moments Photography. 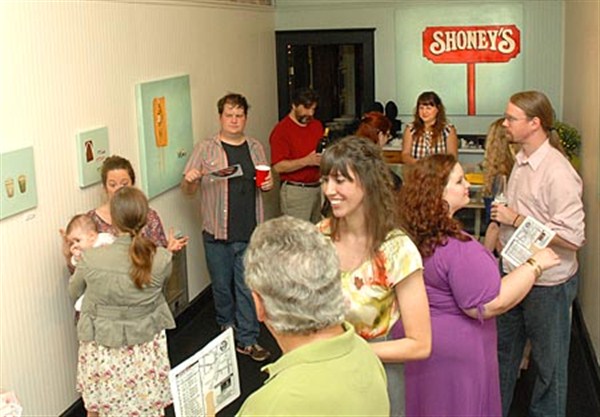 Even some Water Valley old-timers were amazed by the turnout for Saturday’s Art Crawl that filled downtown parking spaces. (Mayor Larry Hart and Mickey Howley of the Main Street Assocation estimated at the Tuesday city board meeting that as many as 500 out-of-towners were on the streets.) At one time there were so many people in Yalo Studio that the Herald photographer had to come back to get a picture of Megan Kingery Patton (near center of photo) and her new show, Portraits of my Mother. 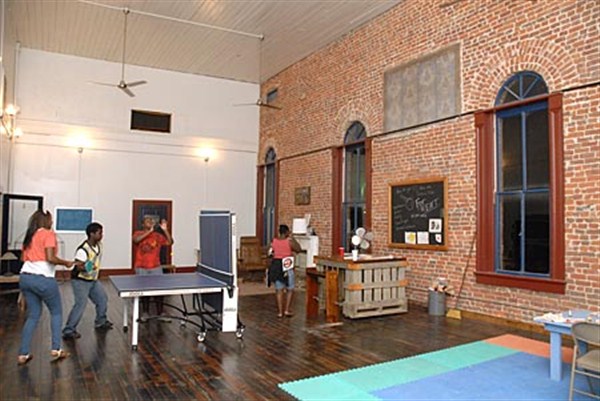 Some amazing downtown buildings were also “on display” during the crawl. The BTC Grocery building was open and people took in the “big room” upstairs that was once the Masonic Lodge. The halls (below photo) held the art. 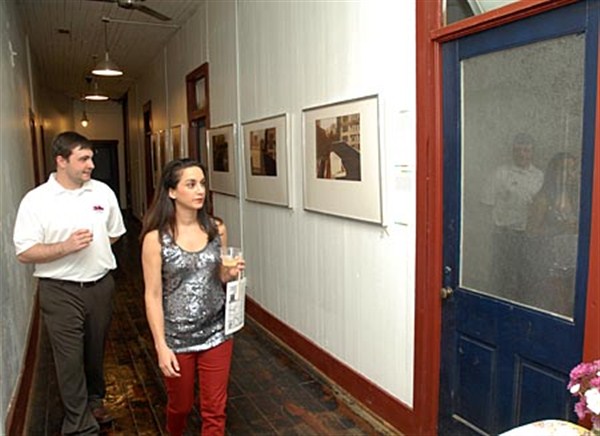 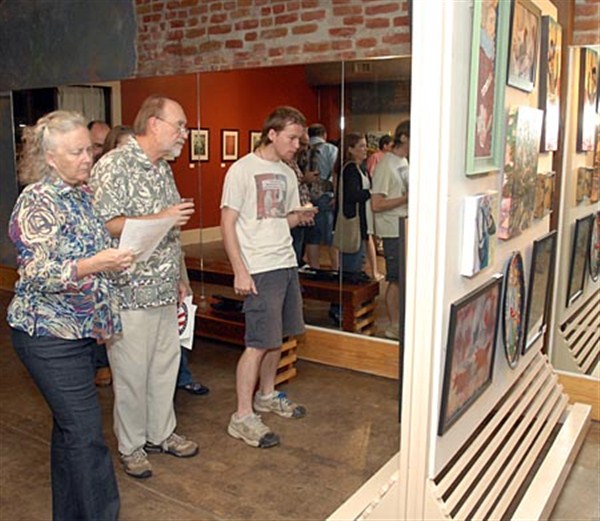 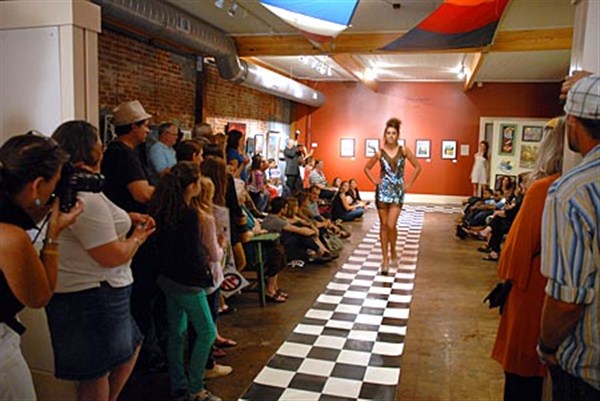 Fashion On Display – The evening’s finale was a performance art, fashion show at Bozarts featuring the work of designer Julia Ray. Some 25 dress creations were modeled on the runway by nine fashion models organized by James Ray of JCC Pix. The dress shown two photos below is made from many copies of the Herald and other newspapers. 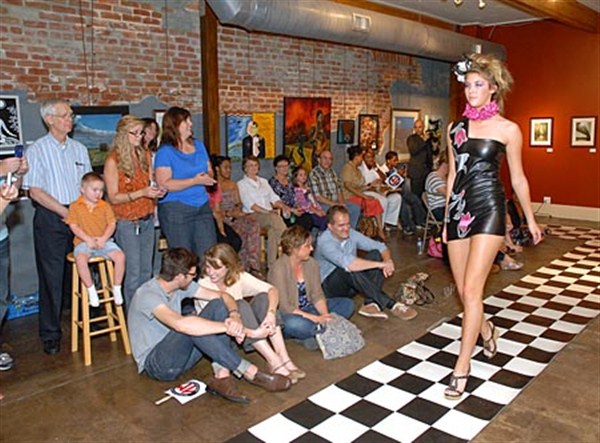 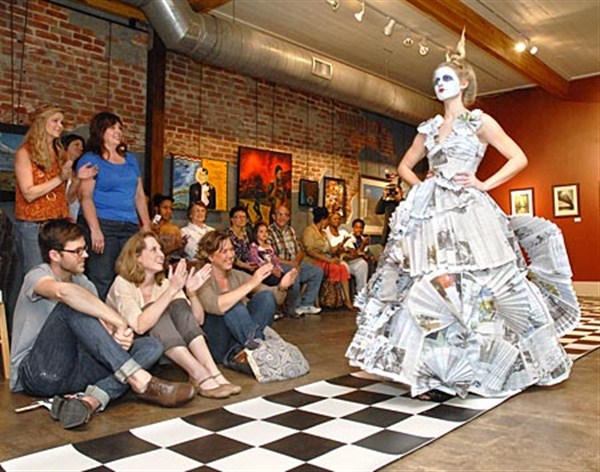 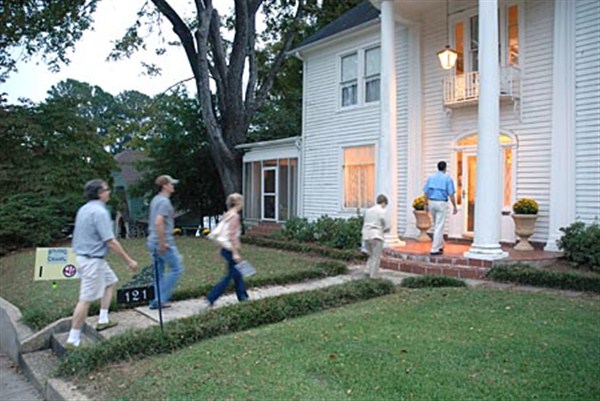 The downtown area doesn’t seem very large until you walk it.

Even some Water Valley old-timers were amazed by the turnout for Saturday’s Art Crawl that filled downtown parking spaces.