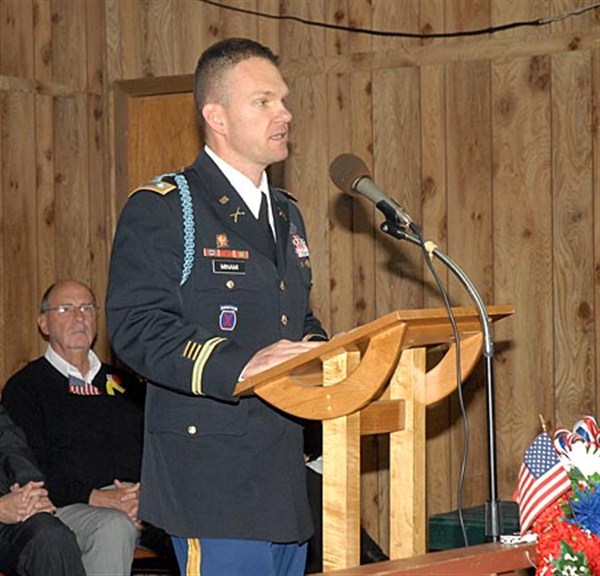 Lieutenant Colonel Nathan A. Minami, a professor of Military Science at the University of Mississippi, was special guest speaker during the annual Veterans Day observance held this year at the VFW Post 4100. Col. Minami said that Americans owe a debt of gratitude to our veterans. – Photos by Jack Gurner 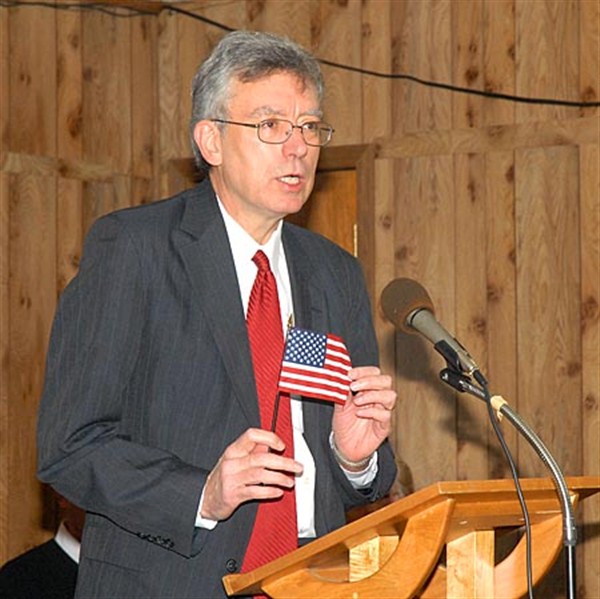 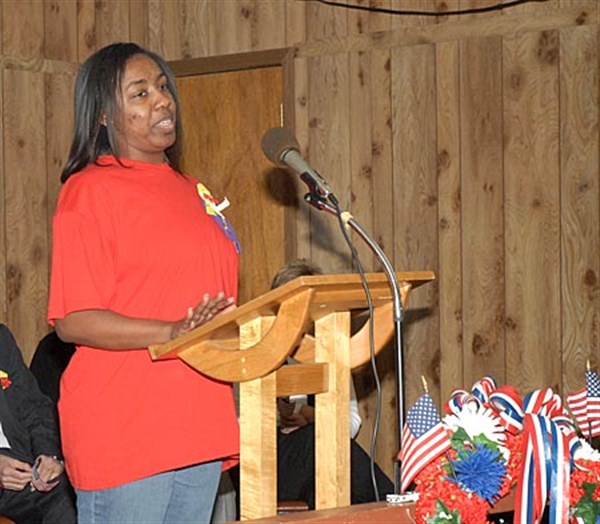 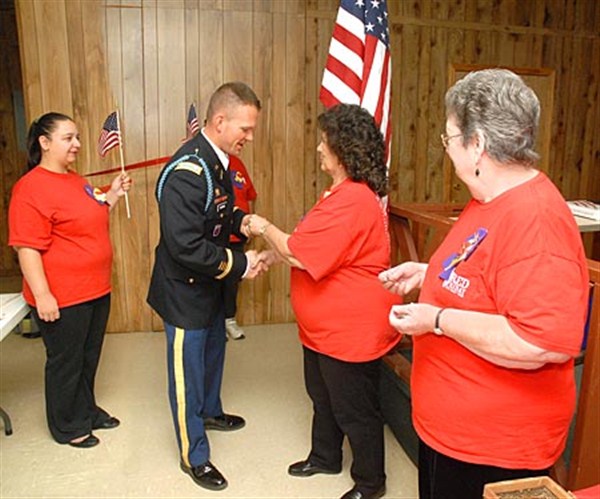 Following the speakers, members of Post 4100 Ladies’ Auxiliary honored the veterans by presenting each one a coin that has the emblem of the Ladies’ Auxiliary on one side and the words, “We thank you for your service and pray for your continued safety.” Here member Joyce House presents a coin to Col. Minami. 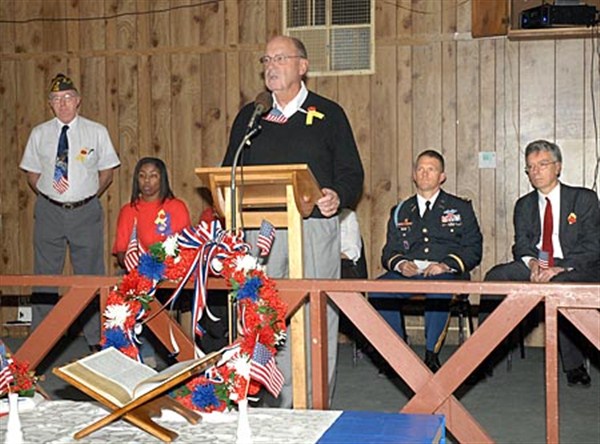 Water Valley Mayor Larry Hart said that all American’s were in debt to our country’s veterans.


WATER VALLEY – The tradition of honoring America’s veterans began after 116,000 members of our fighting forces died in World War I, known then as the war to end all wars.
“In 1919 President Woodrow Wilson proclaimed Nov. 11 as Armistice Day. His intention was to honor the valiant forces who fought and died in one of the most costly and bitter wars ever fought,” said Lieutenant Colonel Nathan A. Minami, special guest speaker at the Veterans Day observance held Monday at VFW Post 4100.
Col. Minami, a professor of Military Science at the University of Mississippi, spoke to about 14 veterans along with another dozen guests, family members and Ladies’ Auxiliary members who gathered for the 11 a.m. ceremony.
The gathering is traditionally held downtown at the Veterans’ monument in Railroad Park, but the cold wind and threat of rain moved the event indoors.
Col. Minami said that in 1919 it was President Wilson’s hope and dream – and that of all Americans – that the world would be safe for Democracy. “A bright dream it was, but sadly an elusive one. As we now know from history, the need for strong fighting forces emerged again and again in the decades following the proclamation of the first Armistice Day.
“In fact, if you go back and look at the over 200 years of the history of our nation, there has never been a 20-year period of peace where there was not a war somewhere in the world where American men and women had to go and fight,” said the Colonel, who has seen action in Macedonia, Kosovo and Iraq since being commissioned in 1997.
He said that in 1954 Congress broadened the scope of the national holiday honoring our military, renaming it Veterans Day.
“Some of our veterans are easy to recognize,” Col. Minami continued. “They wear uniforms, medals and ribbons. Most veterans, however, live amongst us quietly…anonymously. “They are America’s sons and daughters.”
“We owe all American veterans a profound debt of gratitude.”
Monday’s observance opened with a prayer by VFW member Larry House followed by Betty Hart singing the National Anthem.
Post 4100 Commander Sam Phillips introduced the other speakers including Mayor Larry Hart, Representative Tommy Reynolds and Family Support Group President Carla Turner.
Following the speakers, members of Post 4100 Ladies’ Auxiliary honored the veterans by presenting each one a coin that has the emblem of the Ladies’ Auxiliary on one side and the words, “We thank you for your service and pray for your continued safety.”
The program concluded with the playing of “Taps.”


VFW Post 4100, located at 11535 Highway 315, west of Water Valley, sponsors a Family Support Group for the families of the 289th Vertical Construction Company. These troops are now serving in Afghanistan and they are mostly from the Water Valley and Bruce areas.
“We are building care packages to send overseas to the troops. If you would like to donate non-perishables, contact Veterans of Foreign Wars, Post 4100, Water Valley,” stated Commander Sam Phillips. For more information call Commander Phillips at (662) 473-4456 or (662) 578-1544.