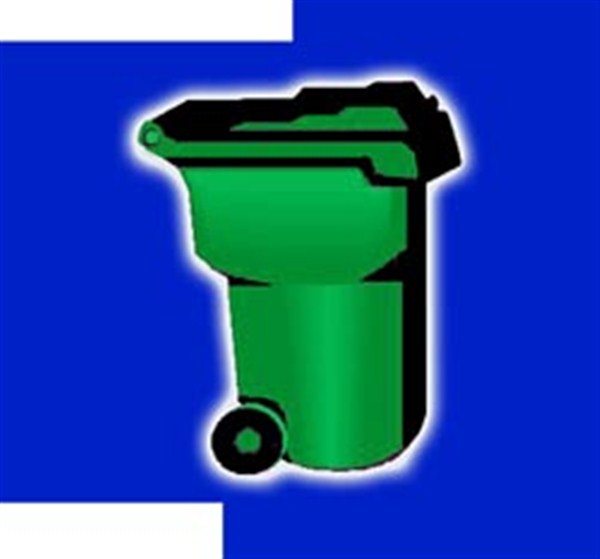 
COFFEEVILLE – Bids for curbside garbage service will be opened in the “first Monday” supervisors’ meeting in February.
And it couldn’t come a day sooner as several supervisors indicated they needed “relief” as the service provided by Resourceful Environmental Services (R.E.S.) continues to deteriorate across the county.
The Ripley based company has provided curbside garbage pickup in the county for a dozen years, but county officials have expressed frustration with service during the past 18 months.
The county’s contract with R.E.S. was set to expire this month, but the company agreed to extend the contract on a month-by-month basis until new bids are accepted. R.E.S. is expected to bid on the new three-year contract.
“I tell you what we need to do today, we need to get all this worked out where we can get this garbage bidded out. It’s gotten out of hand and we need to get something done,” District 5 Supervisor Frank “Bubba” Tillman said during Monday’s supervisor meeting.
“I got to have some relief, I am getting calls daily,” District 3 Supervisor Lee McMinn agreed. McMinn expressed frustration with the lack of communication with company officials as well as the poor service.
Working with garbage consultant Chip Barton, supervisors completed work on the new bid proposal during Monday’s meeting. The new contract will allow the county to assess fines for poor service including missed routes. The contract also addresses maintenance issues with the garbage trucks after several supervisors noted leaking hydraulic fluid with the trucks used by R.E.S. on the garbage routes.
The bid proposal will be sent out to companies across the state.  The proposal will also  be advertised in the Coffeeville Courier and the North Mississippi Herald on January 17 and 24.
“We want everybody in the county to know what we are doing,” Board President Tommy Vaughn said.
The bids will be opened on February 4.
In the current contract R.E.S. charges the county  a monthly fee of $10.88 for weekly pickup for an estimated 2,950 cans in the county. The county then charges each customer $12 per month, with the difference used to operate the solid waste department.
Other business discussed at the Jan. 7 meeting included:
• Hired Crow Martin LLC to provide legal representation as board attorney as the first order of business in 2013. The vote was unanimous.
John Crow has served as board attorney for more than three decades.
“There has been one time when I got only three (votes). That was back in 1984 after redistricting,” Crow joked.
• Appointed Julie Ingram Tyler to serve on the Yalobusha General Hospital Board.
“I think she is qualified and the Ingram family has done a tremendous amount for that hospital since before it was built,” Board President Tommy Vaughn said as he made the nomination.
Tyler will fill the unexpired term of her mother, Linda Ingram, who passed away last month while serving on the hospital board.
“Julie is excited about the possibility of serving on that board,” Vaughn added.
• Adopted a resolution honoring Linda Ingram for her service to the county. The resolution will be published in the Herald next week.
• Received a clean bill of health following the completion of the 2011 audit by Windham Lacey LLP.
“We found all of your books and records in good order,” Tom Windham told supervisors during the exit report Monday.
“That’s what we wanted to hear. We need to congratulate all of the departments. They have done an excellent job and we appreciate it,” Vaughn said.
•Authorized Sheriff Lance Humphreys to apply for a federal Homeland Security grant to purchase a new vehicle for his department.
Humphreys said the request would be for $35,625 and he felt confident the money would be awarded to the county. Humphreys added that Homeland Security had leftover money that they were anxious to spend.
“This is one of those deals where they want it spent now,” the sheriff explained.
• Heard an update from  Yalobusha County Economic Development and Tourism District Director Bob Tyler.
In Oakland, Tyler reported that Windsor Foods is nearing a start date for a third expansion at the Oakland Plant. In Coffeeville, Tyler said he is continuing to meet with a company interested in moving to the county-owned Kellwood building in Coffeeville.
• Agreed to haul dirt to an Oakland site for a new medical clinic that Yalobusha General Hospital will open this year.
• Approved the minutes from the December meeting.
• Paid the claims.
• Scheduled a recessed meeting for January 22.