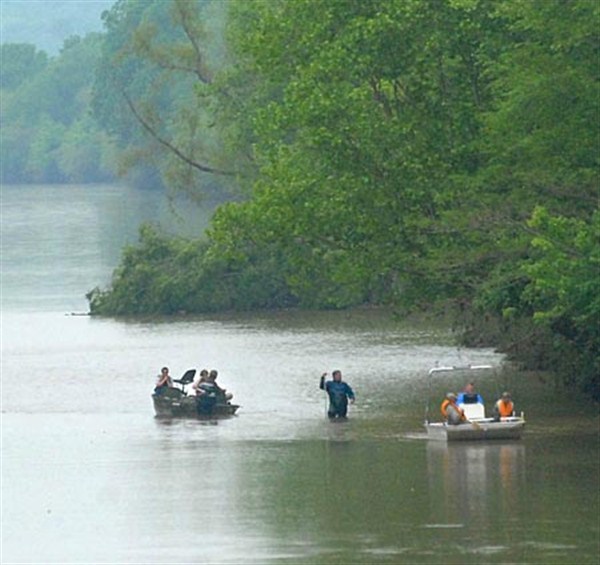 
GRINDER’S SWITCH – Lafayette County authorities searching for a missing Lafayette County man found the body of a white male around 4 p.m. Monday in the Yocona River downstream from the bridge on County Road 387.
Lafayette County Coroner Rocky Kennedy told reporters that the body was recovered from the Yocona River between Grinder’s Switch and Prophet’s Bridge boat landing not far north of the Lafayette/Yalobusha County line.
Kennedy said the body is being sent to Jackson for an autopsy and identification.
The search began last Wednesday for Stephen Tyler Emerick, 19, after his pickup truck was found parked near the river. His keys were still in the ignition and his wallet and cell phone were found in the vehicle, according to a family member.
Emerick left his job at Ashley Furniture Company in Pontotoc County after reporting to company officials that he was ill. He was last seen on surveillance video at the Oxford WalMart around midnight Monday, April 29.
Lafayette County Sheriff’s Department Investigator Jarrett Bundren said that Emerick was reported missing by his mother, Samantha Clark, around 5 or 6 p.m. Tuesday, April 30.
He added that family members contacted law enforcement in Pontotoc and they “pinged” the phone which showed it to be within two miles of a cell tower on Highway 7.
Bundren said that the father, Dwayne Clark, contacted a family friend, an off duty Water Valley Police Officer identified as Steve Story, who knew that Emerick liked to fish in that area. “He found the truck about eight o’clock. We called out search and rescue and have been searching ever since.”
Yalobusha County’s dive team joined the search Thursday morning. Emerick has a number of friends and family in Yalobusha County, many of whom joined with others who helped comb the woods in the area around the river.
Dozens of people lined the roadway and gathered on the bridge on CR 387, also known as Taylor Road to offer support for the family and searchers during the ordeal.
A bank account has been set up at Mechanics Bank for Emerick. Money raised will be used to assist the family, according to Tyler Hill.