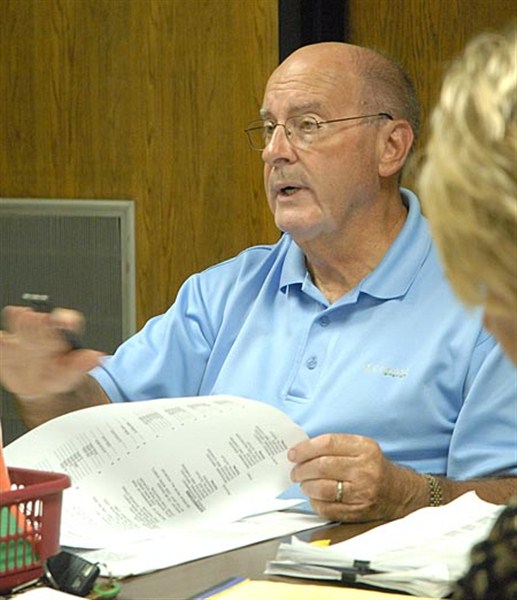 
WATER VALLEY – Health insurance for city employees will cost $46,000 more for the next fiscal year under the Patient Protection and Affordable Care Act.
“Our budget is pretty much the same as we’ve operated with this year,” Mayor Larry Hart said last Tuesday. “With the exception for next year we’ve experienced some tremendous increase in insurance as this new insurance program goes in around the United States of America.”
Hart explained to aldermen during their regular “first Tuesday” August meeting that the healthcare insurance premium for approximately 40 city employees went up on average more than $1000 each.
“I though it was supposed to be way down…supposed to be reduced when Obamacare went in,” commented Alderman Larry Bell.
“It hasn’t worked out that way yet,” Mayor Hart added.
The city “shopped” healthcare insurance among several other companies and found that the current provider, Blue Cross of Mississippi, was still the least expensive, according to the Mayor. He added that the city’s property insurance has also gone up around $13,000.
As the Mayor continued his presentation of the 2013-2014 city budget, he said that under revenue the sales tax had performed very well over the past year and he anticipated that to continue.
One of the numbers that went down, he said, was the city’s assessed valuation that resulted in a decrease of about $13,000 in tax revenue.
Total revenue for all sources will be $3,206,344 as compared to last year’s figure of $3,228,475.
Under expenditures, the Mayor explained that most of the sections reflect “an upward trend” because of the healthcare insurance costs coupled with the increase in property insurance costs.
Mayor Hart listed the department costs starting with general government expenses, the city’s administrative costs, which are expected to be $415,000. That’s up from $403,000 last year.
Other expenses are:
• Public safety (police, $815,000 and fire protection, $400,200) for a total of $1,215,200, up from $1,208,900 last year.
• Public works (streets) $677,600, up from $657,000.
• Health and sanitation (garbage) $295,000, up from $289,200.
• Parks and cemeteries $252,600, up from $185,200.
The total general fund expenditures are expected to be $2,855,400, up from $2,744,300 last year.
“That’s something we can manage and live with,” the Mayor said. “But, I don’t know where it is going to go in the future with this insurance situation.”
The millage rate will remain the same at 37 mills under the proposed budget, which aldermen voted to adopt. The legal notice of the public hearing for the proposed budget is below.


THE CITY OF WATER VALLEY HAS PREPARED ITS 2013-2014 PROPOSED BUDGET.
THE ANTICIPATED MILLAGE RATE WILL REMAIN THE SAME AT 37.00 MILLS.