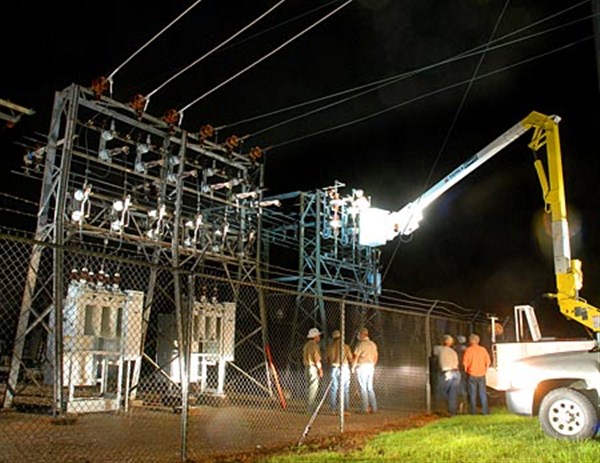 Workers from the Electric Department including Manager Andy Hall (in bucket) worked to repair lightning damage to the substation on Gore Circle Monday night. The strike shattered a porcelain insulator just before 9 p.m. and plunged the city into darkness for about an hour and a half. – Photos by Jack Gurner 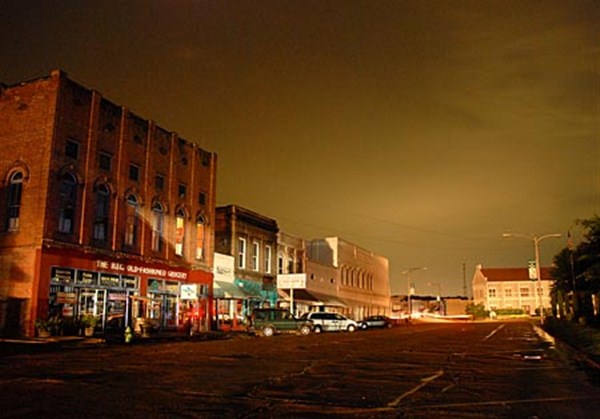 Main Street Glow – Although the city was almost pitch black, light from passing cars and lightning provided illumination for this time exposure photo of Main Street at 9:21 p.m. Monday night. Power was restored around 10:20. 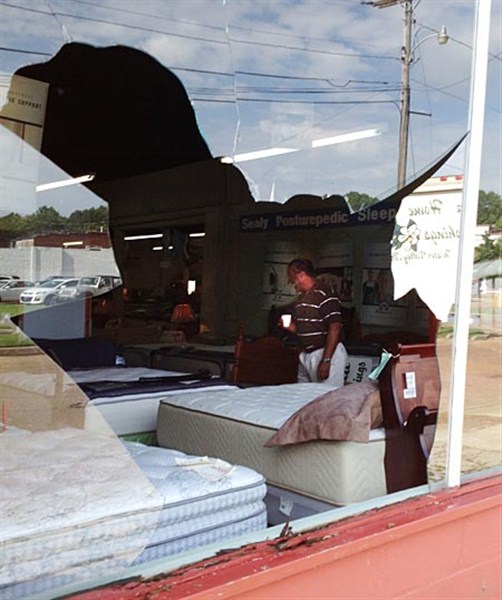 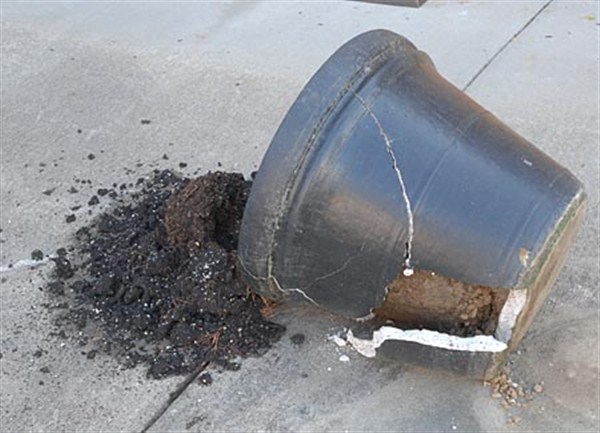 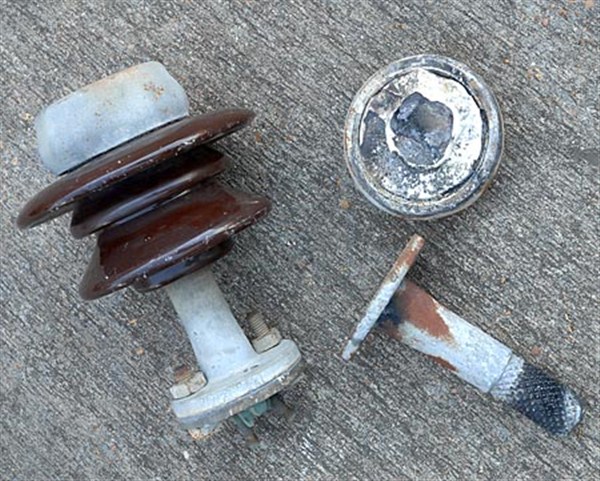 The culprit – On the left is what a the insulator is supposed to look like. On the right is what is left of the one struck by lightning Monday night.


WATER VALLEY – Lighting from a line of thunderstorms knocked out power in the city Monday night for about an hour and a half.
A lighting strike on a main insulator at the substation on Gore Circle shattered the porcelain insulator and knocked out the station just before 9 p.m., according to Electric Department Mana-ger Andy Hall. The strike could have been directly on the substation or it could have been on an incoming line, he said.
A resident of the mobile home park near the substation said sparks showered the area accompanied by a loud explosion. Other nearby residents said the explosion rattled windows.
Shortly after the city was plunged into darkness, medical responders answered a call to the Rolling Hills housing project where a man claimed to have been struck by lighting. Radio traffic as the ambulance left the scene indicated that the patient didn’t require treatment.
As the Herald reporter was leaving, a resident complained of missing the last few minutes of a police show on TV. He said they were just about to solve the crime when the power went off and wanted to know if they would replay the show because of the outage.
Downtown, police patrolled the business district using a spotlight to illuminate businesses and officer Steve Story stopped and questioned a pedestrian on Main Street near Wagner.
Electric Department workers completed repairs at around 10:20 and restored power to the city.
Among the reported damage this morning, which could have occurred during or after the outage, was a broken window at Magnolia Home Furnishings on Railroad Street (see photo, page 6) and a destroyed Town and Country Garden Club planter in front of the Herald office.