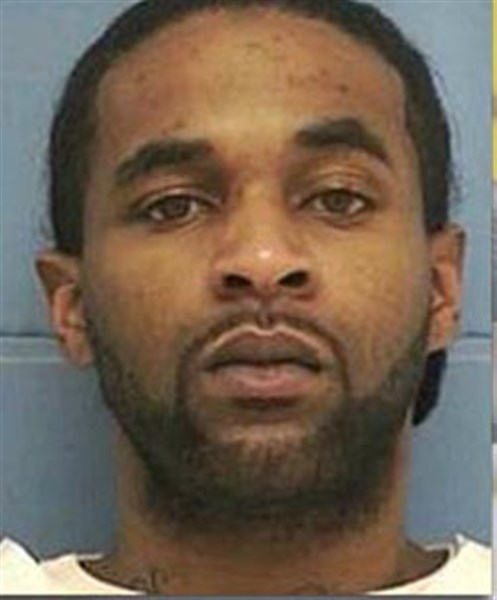 
BATESVILLE – A Panola County jury returned a guilty verdict for the James Willie, known as the Roadside Killer, late Tuesday afternoon after a day and a half of testimony and several hours of deliberation. The trial was held at the Batesville courthouse.
Willie was being tried for the murder of Thomas Schlender of Nebraska, who was driving south through Panola County on I-55 near the Pope-Courtland exit in the early morning hours of May 8, 2012.  The Nebraskan was driving by himself to pick up a grandchild from college in Florida.
Willie is also charged with a roadside murder in Tunica County that occurred three days later, May 11, 2012, when Lori Carswell was found shot to death in her vehicle alongside Highway 713. She was driving home from work at a casino.
The trial for Schlender’s death was set to get underway last August, but was delayed after Willie turned down an offer to plead guilty for a sentence to life imprisonment.
Willie had originally been charged with capital murder in Panola County but the charges were reduced to murder, according to Assistant District Attorney Jay Hale who, along with District Attorney John Champion, were prosecuting the case. With Tuesday’s conviction, Willie faces life without parole.
Hale explained that for a murder to carry a capital charge, it must be proven to have occurred during the commission of another crime.

Monday’s Events
Much of Monday’s testimony came from crime scene analyst Kit Wingert with the Mississippi Bureau of Investigation who testified about Schlender’s truck and the I-55 crime scene.
Wingert’s testimony was followed by a Tunica County crime victim who testified she witnessed Willie fire his gun twice and put it in the glove compartment of the car, referring to an earlier crime in which Willie has also been implicated.
Tunica County sheriff deputies and investigators’ testimony followed and included a gun and shell casings thought to be one and the same with the firearm that killed Schlender.
Prior to recessing Monday afternoon, Judge Jimmy  McClure advised Willie that he would have to announce his intention whether he would or would not testify following the final two prosecution witnesses’ testimony Tuesday.
The testimony continued Tuesday with both the State Medical Examiner and a forensics firearm experts testifying about the gun, linking it from the glovebox where it was discovered to the murder on I-55.
Willie was the only person to take the stand for the defense and claimed he purchased the gun after the homicides occurred.
Several Schlender family members attended the trial including his son-in-law Matt Anderson who was one of the prosecution’s first witnesses.

Background
The killings brought fear for motorists across north Mississippi before Willie was arrested, which was almost a week after the second murder. In Yalobusha County, the sheriff’s department had beefed up nighttime patrols as had other departments across north Mississippi.
Law enforcement also speculated that the suspect, dubbed the “Roadside Killer,” may have been impersonating a law enforcement officer and used flashing or blue lights to get his victims to stop.
In a press release just days before Willie was arrested, Champion urged motorists not to pull over for flashing lights. “Use your cell phone and dial 911 and if it’s a real officer then the dispatcher will confirm it for you and if it’s not a real officer they will send help to you,” Champion reported in the press release.
During that period Yalobusha County Sheriff Lance Humphreys told his deputies to be patient if they are making a traffic stop, especially at night.
It turned out Willie was not impersonating an officer and his arrest was a lucky break for law enforcement officers, although he would be behind bars for three days before being charged with the roadside killings.
Willie was first arrested in Tunica County on May 15, 2012, following a disturbance call at an apartment on Old Hwy. 61. A woman had phoned police and said she’d been raped by Willie.It was the gun that was discharged in that dispute, the same gun Tunica County sheriff deputies testified about Monday during the trial, that closed the deal for investigators. Willie had discharged the Ruger 9mm during the dispute and authorities seized it. They sent it to the Mississippi Crime Lab for a ballistics test. Three days later the ballistics test came back with a positive match and authorities charged Willie.

Tunica Trial
Willie has already been in the courtroom this year, in the trial for Carswell’s death in April. A a mistrial was declared, following outbursts made by Willie in court. According to published reports, Willie attempted to speak out in his defense without permission from the court. Following warnings from deputies, Willie was even tased after failing the heed warnings from officers. A new trial will be scheduled.

Prior Convictions
Willie was convicted of burglarizing a home in Panola County in 2002 according to court documents. He was sentenced to two years in prison, a sentence that also came with 13 years of post-release supervision.
He had served two years in prison by 2004 when he was released on probation.  But he violated his probation by threatening to kill a Miss. Department of Corrections parole officer and went back to prison in 2005.
Willie was undergoing counseling sessions when he confided in a counselor that he had hatched a plan to kill
his probation officers, said Mark Allen, a former parole officer who quit two years before the 2012 incident.
Willie was angry that he had failed two drug tests administered by parole officers, which would have threatened his parole status, Allen told The Panolian.
To seek revenge, Willie told the counselor he planned to shoot the parole officers with a deer rifle from the press box at Tiger Stadium. Tiger Stadium is located on the east side of Hwy. 51 in Batesville, and the probation office was located on the west side of Hwy. 51.
“He had it all planned out, even where he was going to park,” Allen told The Panolian. “It was a detailed description about how he was going to take us out.”
Allen said he considered Willie’s description a personal threat even though court testimony later showed he was singling out David McKee, a second parole officer who was overseeing Willie’s case.
Court documents show Willie was sent back to prison because of the threat, the failed drug test, and misdemeanor traffic violations in Batesville in 2004.
While Willie’s release date was set for 2013, he was released in April 2010 after qualifying for the “30 for 30” trusty program according to an MDOC spokesman.