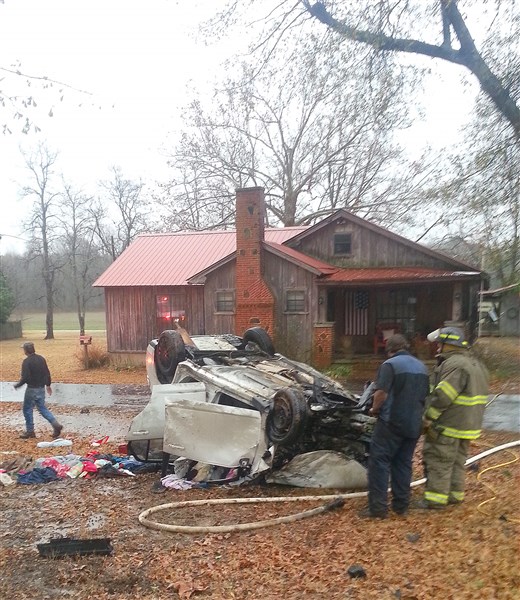 Water Valley resident Kayla Thomas was critically injured in a one vehicle accident after her vehicle struck a tree and landed upside down. The accident occurred Saturday afternoon on County Road 436.

Deputies made the recovery after receiving a call Sunday morning reporting that the stolen ATV was located at a residence on Hwy. 330 near the Yalobusha/Calhoun county line.

“The call came from the Union County Sheriff’s Department after they apprehended two suspects in the crime,” Sheriff Lance Humphreys told the Herald. “One of the suspects was transported to our county to show where the stolen ATV was located.”

Humphreys said the ATV was located at a residence familiar to his deputies, as his department has fielded other calls at the home.

“We recovered it without incident, the ignition had been pulled from the bike,” the sheriff added. He also said the homeowner was not present when his officers arrived and has not notified the department that an ATV was removed from his property.

“We are continuing to investigate this incident, it is very possible that an additional suspect could be charged,” Humphreys told the Herald.

In other law enforcement news:

• Lawrence Covington and Frank Owens were arrested on New Year’s Day and charged with possession of methamphetamine following a traffic stop on South Main Street near the Valley Motel.  According to the incident report, Owens was also cited for no driver’s license and no proof of liability insurance. Drug paraphernalia and $152 were seized during the stop and subsequent arrest.

• Deputies worked an automobile accident on County Road 436 on Dec. 31. According to the incident report, Kayla Thomas sustained serious injuries when her vehicle left the road and struck a large oak tree around 4 p.m. She was initially transported to Baptist Memorial Hospital in Oxford.