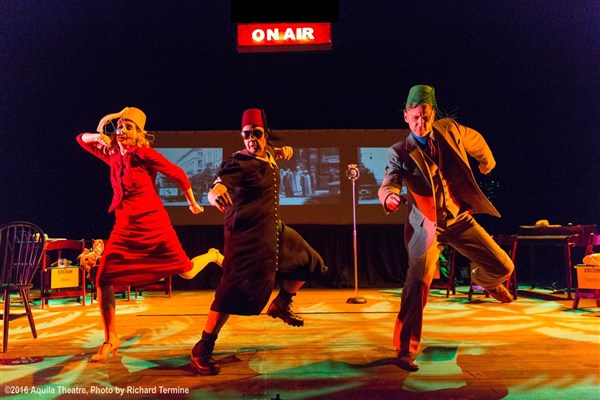 OXFORD – An evening of deceit, intrigue and murder is in store for audiences Feb. 14 at the Gertrude C. Ford Center for the Performing Arts when Aquila Theatre brings its production of mystery writer Agatha Christie’s “Murder on the Nile” to the University of Mississippi.

The 7:30 p.m. performance is Christie’s own staging of her 1937 novel “Death on the Nile.” The story is set on a paddle steamer making its way along the Nile River in 1940s Egypt. When a famous heiress boards the ship, passengers begin a frenzy, which quickly involves treachery, theft and death.

The whodunit tale performed by colorful and mysterious characters in Christie’s signature style add to the drama of the classic novel. Aqulia Theatre, in its 25th anniversary, brings critically acclaimed direction, acting, physicality and design to give life to the story.

“We are happy to again welcome Aquila Theatre to the Ford Center with ‘Murder on the Nile,'” said Kate Meacham, Ford Center marketing director. “It’s such a great opportunity for University of Mississippi students and the Oxford community to experience theater at its finest.”

Tickets, available at the UM Box Office inside the Ford Center, are $22 for balcony seating, $26 for Tier 2 box and Mezzanine seating and $30 for Orchestra/ Parterre and Tier 1 box seating. They also can be purchased online at http://www.fordcenter.org/.

“In so many ways ‘Murder on the Nile’ was a product of the darkest days of World War II, a time when the very existence of Britain was under constant threat of a Nazi invasion and German bombers pounded major cities,” Aquila Theatre founder Peter Meineck said. For more information, visit http://www.fordcenter.org/.