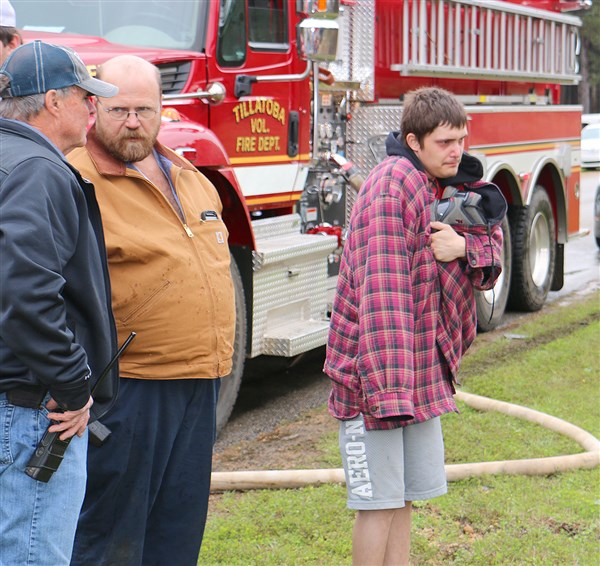 Justin Young (right) clutches a few belongings after he escaped from a burning mobile home Monday afternoon near Oakland. Young reported he was sleeping when the fire woke him up. 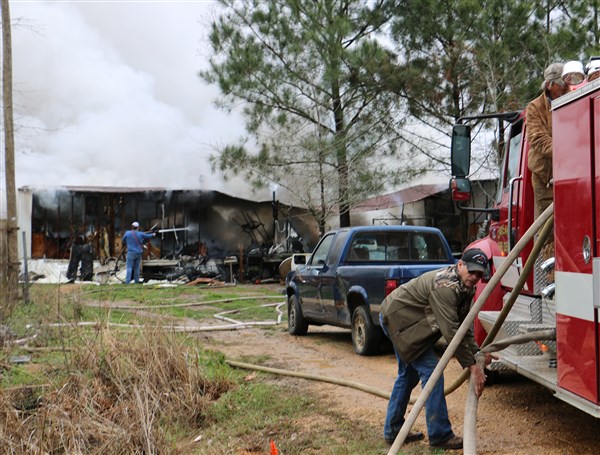 Oakland fire fighter Rich Ross readies the hose as extra water is pumped from a tanker truck to the pumper truck Monday afternoon. Multiple departments responded to the fire.

OAKLAND – A 20 year-old Oakland man narrowly escaped from a burning mobile home Monday afternoon on County Road 232. Justin Young reported he awoke to fire and was only able to escape with a pair of shoes and an urn with his grandmother’s ashes.

The Oakland Fire Department arrived within minutes but the mobile home was already engulfed in flame and was a complete loss. Young suffered minor burns on one foot and light smoke inhalation.

“I couldn’t even get my wallet,” Young told the Herald before he was checked out by EMTs at the scene. Young also said several dogs were inside the trailer and did not survive the fire.