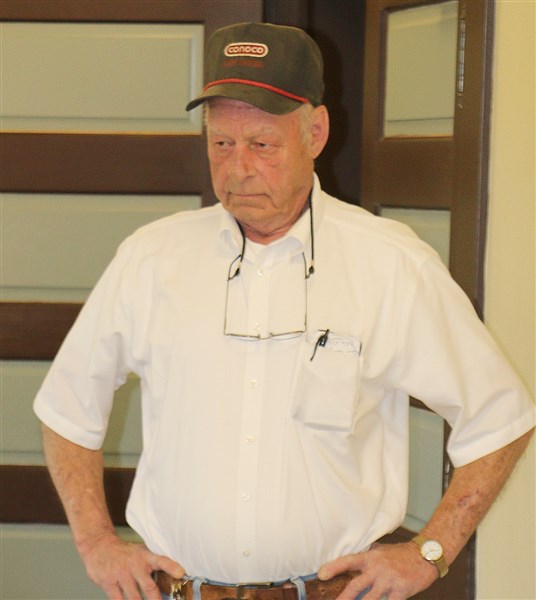 WATER VALLEY – Supervisors will revisit the 2007 ordinance that regulates the sale of beer in the county following a request from a Tillatoba store owner in Monday’s meeting.

Tillatoba Truck Stop owner Tommy Griffis requested an exemption from the ordinance to allow his store to sell cold beer to go, citing an unfair burden as other stores along I-55 can sell cold beer, including stores at the nearby Coffeeville exit in Grenada County and north at the Oakland exit.

“I have to sell it hot, I was wondering if I could start selling it cold?” Griffis asked, prompting a lengthy conversation about the issue that will culminate in the July 5 board meeting in Coffeeville when supervisors will decide if the ordinance should be amended to allow cold beer sales at all businesses in the county.

The county’s ordinance was adopted in December, 2007, a week after voters in the county favored legalizing beer by an almost two-to-one margin. The ordinance does not allow Sunday beer sales, restricts sales to hot only except in a restaurant for on-premises consumption and requires businesses to be at least 300 feet from churches, schools, kindergartens or funeral homes, and does not allow signs or containers to be visible from the outside.

Davis, who also operates a restaurant in the truck stop, questioned the difference between selling cold beer in a restaurant and selling it cold to go.

“I find it sort of strange that I can get a permit to sell beer next door in the same building to sell it cold. It just doesn’t make sense,” Griffis said.

“They sell it cold in Coffeeville. Folks can go right across the county line and buy it in Tallatachie County,” District 5 Supervisor Gaylon Gray noted. “What we would have to do is amend the county ordinance.”

“Is that a motion?” District 3 Supervisor Lee McMinn asked.

“Whoa,” Board Attorney John Crow cautioned. “I have lots of experience of changing things without advising the public in advance. You best not do this in five-minutes. Let me put something together and let’s give the public notice of it. There is the flip-side of this, that people don’t want it sold cold.”

Crow also added that the board had the authority tp mamke the decision at Monday’s meeting.

“I’m not going to sell it in my restaurant, I’m just making a comparison,” Griffis continued.

“The man has a point,” McMinn said.

“It puts his business at a disadvantage, he might be losing other sales,” Washington added.

“The cigarette deal is probably going to hurt me too, I don’t need anything to hurt me,” Griffis added about the earlier decision Monday when supervisors voted to adopt an anti-smoking ordinance.

“The reasoning behind not selling it off-premises cold is that somebody comes in and gets a six-pack and they leave with it, and they are drinking it just as soon as they crank up that vehicle,” Crow explained.

“They can do that right here in town?” Griffis asked, referring to Water Valley.

“No, not unless you drink hot beer,” Crow answered, referring to the Water Valley ordinance that also requires beer purchased to be hot unless it is sold in a restaurant.

“Not in Water Valley, you can in Coffeeville,” Gray answered.

“And Oakland, and Oxford, and Batesville,” McMinn added.

“I’m for seeing what we can do to help him,” Washington said as supervisors agreed to allow Crow to research amending the notice and allowing public input at the July 5 meeting before voting on it.

Crow also cited the example of the anti-smoking ordinance, where the public was informed about the issue before the vote.

“You need the public to know before we change anything,” Gray agreed. “But the way I look at it, folks in Yalobusha County didn’t vote in hot beer when they voted it in. They voted in cold beer. In fact I voted against it,” Gray said about the 2007 beer election.

“They voted it in by a big margin,” Crow also reminded supervisors before a consensus that the issue would be voted on at the July meeting.