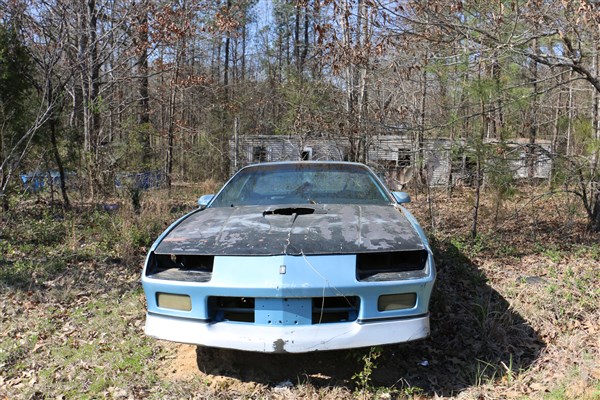 The county will take action to clean up the property on Pine Ridge Circle including moving junk cars.

WATER VALLEY – The first county cleanup on private property is scheduled after a property owner on Pine Ridge Circle in the Water Valley Boat Landing Community failed to comply with a Board of Supervisors’ order issued last month.


Carol Holland was granted a 30-day extension to clean up her property during a hearing on May 1 after supervisors first deemed that her property was in such a state of uncleanliness that it had become a nuisance to the public health, safety and welfare of a community. The hearing was triggered by a petition signed by 16 people who live in the community was filed in the Chancery Clerk’s office.


The property is located in District 3, prompting District 3 Supervisor Lee McMinn to update board members about the condition of the property.


“She appears to not have done anything since the last meeting,” McMinn reported. Last month supervisors identified abandoned cars, an unoccupied mobile home, garbage and debris piles on the property when issuing the order for the cleanup.


“You can clean it up,” Board Attorney John Crow advised when asked about the county’s options after the property owner failed to comply with the order.. “You need to keep track of your man hours and your machine hours.”


Crow also said the legal fees and a penalty can also be assessed with the cleanup charges.


“I not touching it, I would like to contract it out,” McMinn said about the cleanup. “I don’t have the necessary equipment or manpower to do a cleanup like that.”


“You are going to need to get bids on it,” Crow advised.


“How far are we going to go. That is the question. There are two abandoned mobile homes on the property, there is all kinds of overgrown stuff and garbage around the house?” McMinn asked. “I don’t know that you can bid something like that out,” he added, explaining that a contractor would be more willing to quote an hourly rate for the equipment and personnel used in the cleanup.


Crow said that getting competitive quotes for an hourly rate for the cleanup would be legal, adding that a cap on the total price should be included.  He also said the cost of the cleanup will be assessed to the property taxes.


“This a terrible thing to have to do, to force our hand on something. But if we don’t take action, the 16 people who have signed that petition, we will lose their confidence. And we slowly erode the value of our county by allowing that kind of stuff to go on,” Board President Cayce Washington said.


A similar petition was also filed for neighboring property located directly across Pine Ridge Circle owned by Dorothy Holland. A family member representing Dorothy Holland attended the May 1 hearing and told supervisors he would clean up the property. A 30 day extension was also granted on this property to allow the owner more time to clean it up. Examining pictures taken at the property before the June 5 meeting, supervisors deemed the cleanup was adequate and no further action was necessary.


The property is also located in District 3 and McMinn reported on the work done on the property after the petition was filed.


“They have done a fairly good job of cleaning up out there,” McMinn said.  “It looks 95 percent better than it looked before.”

A hearing was postponed during last week’s meeting to address a third petition that was presented to the county in April. Signed by five people, the petition requested the county take action to clean up private property at 33 Pat Drive owned by Wade Stewart.


The hearing was rescheduled to June 22 because Stewart was at a doctor’s appointment and unable to attend. His property is located in District 3 and McMinn reported some cleanup has been done after the property owner learned the county had received the petition.


The petitions follow a lengthy dialogue in recent years after supervisors have fielded numerous complaints about junky property in the county. In March Crow cited Section 19-5-105 of Mississippi Code that allows supervisors to act upon a petition from the public or on their own accord to clean up in a state of uncleanliness and has become a nuisance to the public health, safety and welfare of a community.