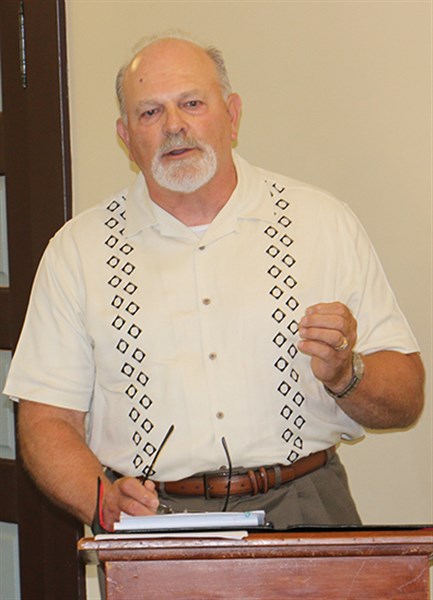 Leslie Smith told supervisors he had saved the county $143,000 over the past four years.

Supervisors opted not to make an unusual mid-year change on switching the health insurance provider utilized for the county’s 60-plus employees following a strong sales pitch last month from Ecru-based Affordable Employee Benefits representation Andrew Nowlin. The change would have saved the county $2,000 a month.


Nowlin attended Board of Supervisors meeting on May 11 and explained his proposal could reduce the monthly cost to insure the county employees from $37,000 per month to $35,000 per month. He also explained the new rates would be locked in until the end of 2018.  His proposal did not change the county’s primary health insurance provider, Blue Cross/Blue Shield, instead the savings would come from switching the secondary provider from the current MediHop plan to Gulf Guarantee. A secondary policy has been used in recent years to supplement a high deductible policy from Blue Cross and secure a lower premium for the county.


The county’s current health insurance agent of record, Leslie Smith attended the “first Monday” meeting June 5 to counter Nowlin’s competing proposal after he was invited by supervisors. Smith cited $143,000 in savings to the county over the last four years after his company was hired to secure the least expensive and most comprehensive coverage for county employees.


“We made some promises to the board and some commitments on our end.  We basically came in and said we are going to show you how to save money and put a long-range plan in to control your health care costs,” Smith said as touted the benefits of the current coverage offered by MediHop and noted that there are “a lot of differences” in coverage between the two companies.


“I don’t think that anybody can argue with our track record. I don’t think there is any agent in this state that can come in and offer you anything any better that what we do,” Smith also told supervisors during the June 5 meeting.


Citing 20 years as a business owner, Board President Cayce Washington noted that he had purchased health insurance from multiple companies.


But Nowlin countered Washington’s statement about the size of insured pool with Gulf Guarantee, explaining it also includes more people than only the county employees.


“I made a few phone calls and I am comfortable with the decision I have made,” Washington responded before opening the floor to other supervisors if they were interested in making the change.


With no additional input, discussion on the matter came to a close with no action.