He was born May 8, 1946, and was a son of the late Roy Lee and Zenobia Campbell. He attended and graduated from Davidson High School in Water Valley. Later he was employed by Holley Carburetor (later BorgWarner) for 21 years. He enjoyed his job and the people on the job. On August 24, 1974, he enlisted in the United States Army National Guard, where he served 21 years. He received many awards and recognitions during his tenure. He was united in matrimony to the late Edna Rockette, who preceded him in death. He was the owner of Campoo where he made sure the landscaping was kept beautiful in the City of Water Valley.

Visitation will be held Friday, December 13, from 5 to 7 p.m. in Spring Hill North M.B. Church, 600 Railroad Ave., Water Valley. The funeral service will be held at 11 a.m. Saturday, December 14, in the church. Interment will be in the Martin Street Church of Christ Cemetery. Arrangements have been entrusted to Towns Funeral Home in Grenada and flowers may be sent to the funeral home in Grenada.

SHERWOOD, ARK. – Rose Marie Mays, 73, of Sherwood, passed away November 30, 2019.  She was born September 19, 1946 to Joseph and Martha Dooley.  She was a member of Sylvan Hills First Baptist where she taught children’s Sunday school and faithfully served in the nursery.

Visitation is scheduled at 10:15 a.m. on Friday, December 13, with services following at 11 at Sylvan Hills First Baptist Church.  Burial will be in Arkansas State Veterans Cemetery.

OXFORD—Miller Robison McGehee, infant son of Joanne Bagley McGhee and Drew McGehee, was welcomed into the arms of Jesus in December, 2019. From the precious moment his parents learned that their family was growing, Miller brought joy and excitement to his mom, dad, and big brother, Houston. Miller’s brief life was filled with constant and continuous love as his family awaited his birth.

In addition to his parents and brother, Miller is survived by his grandparents, Anita McGehee of Water Valley, Floyd McGehee of Batesville, and Evans Bagley of Oxford, along with numerous aunts, uncles, and cousins. He was welcomed into heaven by his grandfather, Peter Joseph Bagley.

A private graveside service will be held in Eastover Memorial Cemetery.  Memorial contributions may be made to Oxford Lovepacks, P. O. Box 721, Oxford, MS 38655.

Born March 14, 1953, in Batesville, Allen was a son of the late Wilma Wayne Tutor of Batesville and Mable Nadean Shepherd McCullar of Water Valley. He was retired from Crown Cork and Seal, with 25-plus years of employment. His hobbies included fishing and working on old cars.

There will be no services held for Allen at this time. Wells Funeral Home of Batesville was in charge of arrangements.

Born February 20, 1943, in Rena Lara,  Odis was a son of the late William Leroy Zenor and Ola Guthrie Zenor. He was a retired truck driver and a member of Tocowa Baptist Church. He loved the outdoors and was especially fond of hunting and fishing. He also enjoyed watching football and softball. Otis was quite the prankster, always telling stories and jokes. He had many skills that he taught and passed on to his family.

In addition to his parents, Otis was preceded in death by one sister, Ruth Scanlan; and one brother, Charles Clark “Peck” Brown. 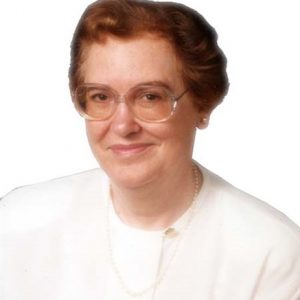