Authorities believe Ashley Henley was trimming grass when she was murdered Sunday afternoon. Henley’s sister-in-law, Kristina Michelle Jones, was found deceased inside the burned trailer in December. Jones’ family members including Henley posted the sign after her death asking for justice to be served. 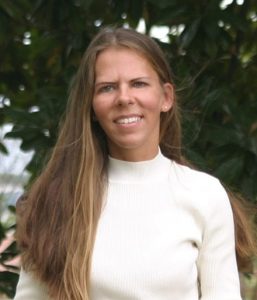 BOAT LANDING – A former state legislator was gunned down Sunday afternoon outside a residence on Patricia Drive in the Water Valley Boat Landing community, the same location where her sister-in-law was discovered dead inside a burned trailer back in December. Yalobusha County Coroner Ronnie Stark identified the victim in Sunday’s crime as Ashley Henley of Southaven. Henley was elected in 2015 as state representative for House District 40 and served one term.

Assistant District Attorney Steve Jubera said evidence collected at the scene indicates that Henley was trimming grass with a weed eater when she was killed Sunday afternoon.

According to multiple reports, family members were unable to reach her later that evening and became concerned. Someone drove to the burned trailer to check on her and contacted deputies when Henley’s truck was spotted parked on the property. Henley’s body was discovered at 10:08 p.m. and deputies, who were already responding, arrived on the scene three minutes later.

Yalobusha County Sheriff Mark D. Fulco reported that almost every available law enforcement officer in the county responded as the scene was locked down to preserve any evidence until Mississippi Bureau of Investigation’s (MBI) mobile crime scene unit arrived. He also said the Yalobusha County Sheriff’s Department is investigating the death in coordination with the Mississippi Bureau of Investigation (MBI). Jubera also confirmed Henley was shot. He also said authorities remained at the scene until after 2 a.m. Monday morning.

Ashley Henley’s husband, Brandon Henley, told one news crew that his wife left Southhaven around 10 a.m Sunday morning headed to the property. He also said she was shot in the back of the head and was discovered beside the weedeater, her phone still in her hand.

Ashley Henley and other family members had expressed frustration after months passed with few updates about the Dec. 26, 2020 death of her sister-in-law, Kristina Michelle Jones. Jones was found deceased inside a charred bedroom of a newer model, single-wide mobile home when firefighters responded to a fire during the early morning hours the morning after Christmas day. Almost half of the structure sustained fire damage and the entire home had smoke and heat damage.

Earlier this year, Brandon Henley, posted a large sign next to the burned trailer with the words “I Was Murdered” alongside several pictures of Jones. The front of the trailer also has strong words spray-painted on it. “This was arson and murder, justice will be ours,” and “daughter, sister, mother” with huge red letters.

A picture of the sign was posted on Facebook and shared on the Water Valley, MS Community Forum page in April. Comments by Jones’ family members under the thread stated frustration with the progress of the investigation. Part of that frustration stemmed from the months it takes for autopsy results to come back from the state crime lab.

On May 20, Brandon Henley posted on Facebook that investigators had finally received the preliminary toxicology report from the state crime lab, adding “the results would not be released until all pending law enforcement investigations are closed. This news is both rejoicefully welcomed and bittersweet; as it has now been five months since this incident and we still do not even know how my sister died,” Brandon Henley shared on Facebook.

Jubera confirmed that Jones’ death remains under investigation. He said the information from the autopsy report does not conclusively determine the cause of Jones’ death was a homicide. Jubera also said that investigators have not ruled out arson or larceny in the investigation

“We had to regroup and relook at everything from the beginning in light of the lab reports and initial fire marshal’s report,” Jubera explained. “It is an extremely complicated case that takes an extreme amount of time and patience to work,” he explained. “In addition to getting the autopsy report, requests for subpoenas from telephone carriers take a long amount of time to get back.”

Jubera had talked to Ashley Henley in connection with the earlier investigation.

“We had met before, working on that case,” Jubera said about meeting with Ashley Henley. “I definitely feel for this family, they have suffered a tragedy that is unimaginable and unbearable,” he added.

Sources reported Ashley Henley was armed with a pistol and pepper spray when she was discovered Sunday. Sources also reported she was conducting an independent investigation into the death of her sister-in-law.

Jubera said there has been nothing found to date to indicate Henley’s death was related to her service in the legislature.

Stark reported the crime lab told him it will be a week before they can perform the autopsy.

“The crime lab is not taking any bodies for autopsies unless it is a homicide,” Stark explained.

“We are going to do everything we can to find the truth,” Jubera added. “Any help the public gives us will be appreciated.