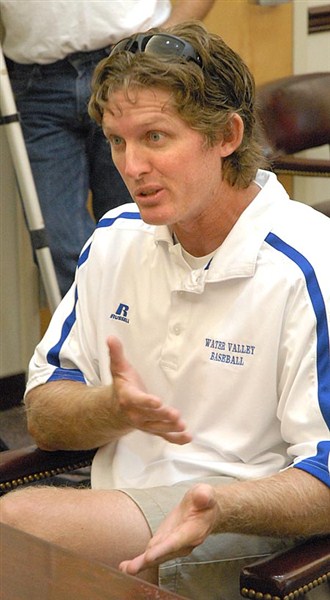 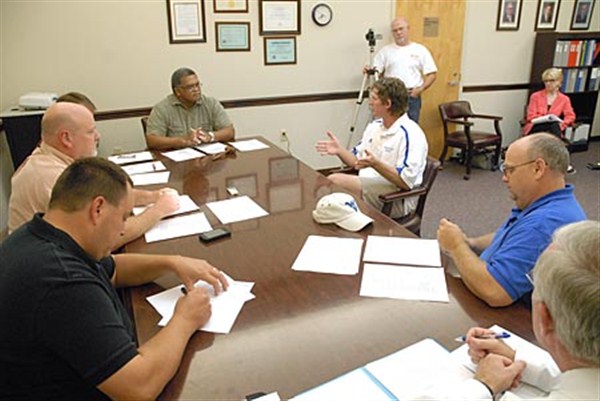 
WATER VALLEY – The Baseball Boosters Club plans to build a new concession stand and expand the indoor practice facility at the field north of the high school/junior high buildings on Markette Street.
Head Coach Kary Bridges explained the project to school board trustees at their September meeting Monday night. He said that last May the club began to plan renovations at the field starting with the concession stand and restrooms.
He added that the program was also running out of room at the indoor facility. “Last year we had 39 kids – high school and junior high – in our program. We sort of outgrew the existing facility. Our junior high kids had no place to leave their stuff.”
Bridges said that the field is municipal property and city officials are on board with the project. “The city has said they would knock down the old one (concession stand). It won’t take much.”
The new concession stand will be built a little further back and will be larger across the front. The restrooms will be around back with two or three toilets in each. Upstairs will be a press box and the coaches’ offices.
The expanded indoor practice facility will have pitching mounds, weights and batting cage, Bridges added.
“The community has been great to us. Our facilities are great…for any program. There are not going to be many facilities in north Mississippi that will beat ours,” he said.
Cost of the project is expected to be about $40,000, which will be raised by the Boosters Club.