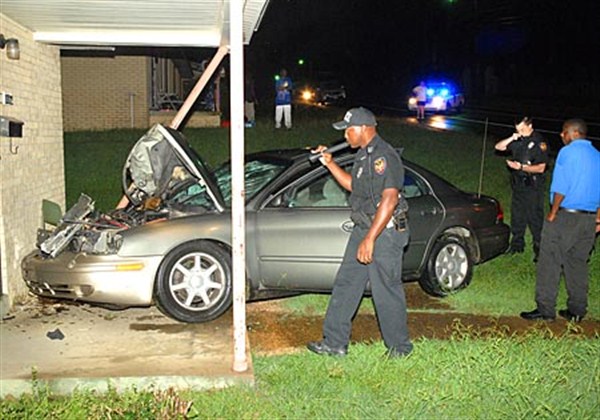 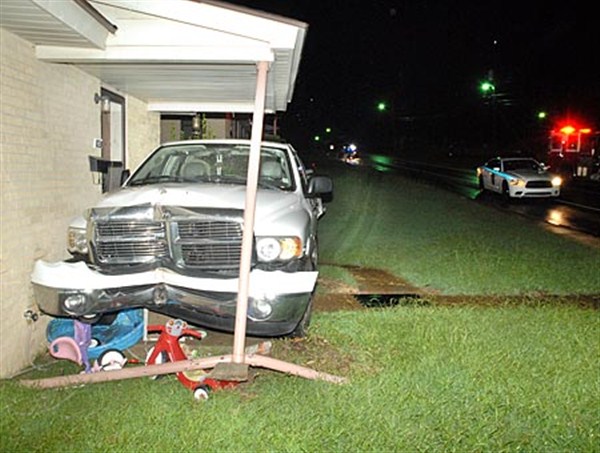 Two vehicles ended up “parked” on the porches of  Water Valley Housing Authority apartments on Blackmur Drive after a car driven by Beau Rayburn ran into a resident’s parked pick-up truck (bottom photo) around 1:46 Saturday morning. Police charged the driver with DUI, reckless driving, driving under suspension and no proof of insurance.  Officer Luther Folson (top photo) examines the vehicle while Officer Chris Blair takes the report. Captain Sherman Gooch of the fire department was called to the scene because the car was reported to be on fire. Housing Authority Executive Director Baron Caulfield estimated damages to the buildings at about $5000.