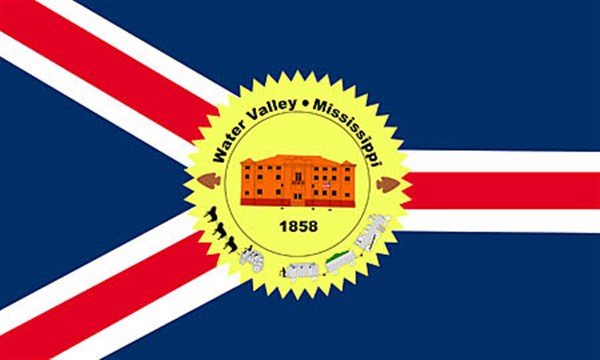 
WATER VALLEY – Aldermen adopted the city’s $2.7 million budget for fiscal year 2013 during a brief recessed meeting last Wednesday.
The new budget is basically a repeat of the current year’s, Mayor Larry Hart said. “This year’s budget performed well,” he added. “Our income held strong.”
Hart explained that the required seven days had passed since the public hearing and it was now time to adopt the budget.
The millage rate will remain at 37 mills. The total revenue from all sources is expected to be about $3.2 million.
Also during the Sept. 12 recessed meeting, aldermen learned that the Mississippi Department of Environmental Quality wants to “close out” an investigation of contamination around the former dry cleaning plant located on Central Street east of First Baptist Church.
The first testing was done around the site in early May of 2008 by Earthcon, a private environmental services company with a branch in Tupelo.
The testing activity, which included drilling test wells in the middle of Main Street and through a sidewalk in front of a daycare center, created speculation about possible widespread contamination.
Hart noted that MDEQ doesn’t expect to find any contaminants, but the testing is required to complete their investigation of the matter “at our expense.” His comment was in reference to the $3600 price the city will pay for the Gore Survey, a method of soil gas sampling that will be used to collect data from southeast of the location.
Aldermen will meet once again this month in another recessed meeting Sept. 28. At that time they will open bids on the Bondafoam industrial site spec building that will house the Allied Group.