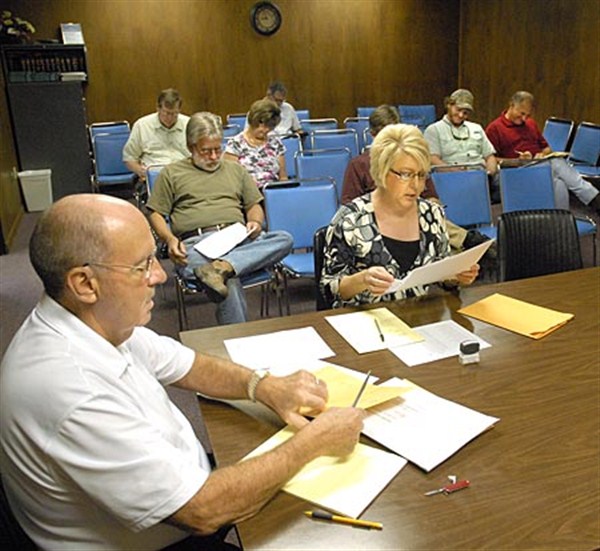 
WATER VALLEY – A local firm, Goodwin Construction Co., submitted the apparent low bid for the industrial “spec” building to be constructed on the old Bondafoam property.
The company’s bid of $384,159 was $15,166 less than the next lowest bid from Ralph McKnight & Son Construction, Inc. of Kosciusko and more than $100,000 less than the high bid of $488,488 from Reflectech, Inc. of Picayune.
All in all, six companies submitted bids that were opened Friday morning at a recessed meeting of the mayor and board of aldermen. Representatives from the companies attended the meeting along with Carl Grubb of Willis Engineering, the city’s engineering firm.
One other local firm, Hills Construction, LLC submitted a $425,500 bid. The other two bids were from Hunt Management & Construction of Grenada ($423,250) and Worsham Brothers, Inc. of Corinth ($413,000).
Aldermen voted to take the bids under advisement until the Oct. 2 “first Tuesday” meeting at which time the contract is expected to be awarded.
The building will house the Allied Group, an industrial filter manufacturer from New Jersey. The company, which will employ around 35, is currently in operation in the county-owned industrial building in Coffeeville while the building in Water Valley is under construction.

(Webmaster’s note: The bid was accepted Tuesday night, Oct. 2, during the regular monthly meeting of the board. More in next week’s Herald.)