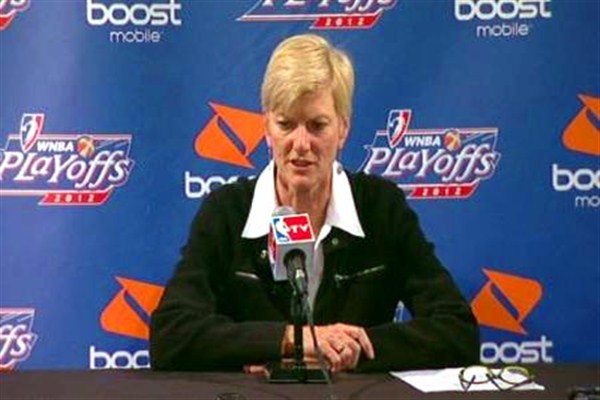 
NEW YORK –  Oakland native Carol Ross has been named recipient of the 2012 WNBA Coach of the Year. The announcement came Sunday after Ross received 15 votes from a national panel of 41 sportswriters and broadcasters.
Ross was named Los Angeles Sparks head coach in January, and helped lead the team to a significant turnaround. The Sparks finished the regular season with the nation’s third best record (24-10) and earning the No. 2 seed in the Western Conference of the WNBA playoffs.
Ross coached as an assistant with Atlanta for two years prior to accepting the position as Spark’s head coach. She has also enjoyed success as as an NCAA Division I head coach in the Southeastern Conference, coaching 12 seasons for the University of Florida and four years at the University of Mississippi.
She recorded a 324-161 win-loss ratio as a college coach.