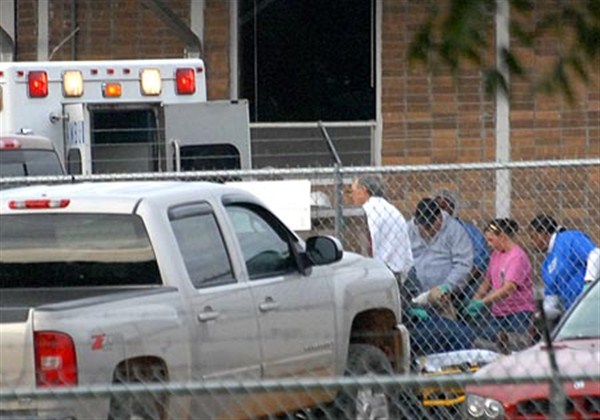 Emergency medical responders were called to Water Valley Poultry at 8:05 a.m. to treat a worker at the plant who was wounded in a stabbing.


WATER VALLEY – A Charleston man was arrested last Thursday after he allegedly stabbed a coworker at Water Valley Poultry with a filet knife.
Aron Allen Collins, 33, of Charleston was charged with aggravated domestic assault in connection with the incident, which occurred just before 8 a.m. at the plant on Lafayette Street.
According to the police report, Collins confronted the 28-year-old female victim at the back dock of the plant where they argued. He admitted to police that he cut the victim, described in the report as a former girlfriend.
The victim was transported by ambulance to Baptist Hospital, Oxford.
Collins appeared before Judge Trent Howell who set bond at $15,000. He is currently being held in the Grenada County Jail.