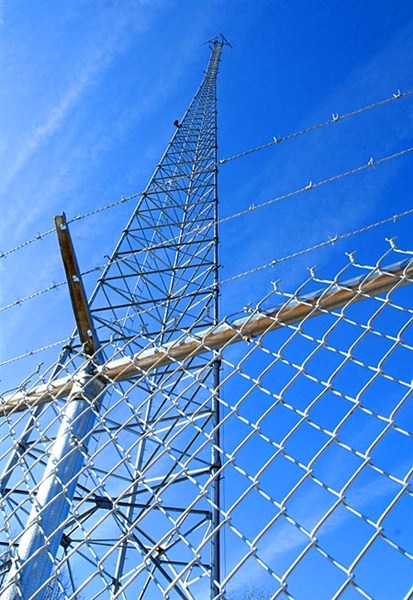 
WATER VALLEY – Last week’s storms caused an interruption in AT&T cell service. But, for some cell phone users, it was a perceived lack of customer service and information about the problem that caused the most fustration.
Complaints about loss of service began coming to the Herald Thursday morning in a repeat of a similar incident nine months ago. Once again, a common complaint was dissatisfaction with AT&T customer service.
Some AT&T customers reported being connected to several different representatives during calls that lasted 30 minutes or more and included sessions with the company’s technical support.
According to Sue Sperry, Public Relations Manager for the Gulf States, the service interruption was caused by bad weather. “The service problem started Wednesday from those storms,” she said Friday. The roaming partner is working on this at the highest, most critical level that they can.”
Since AT&T currently has no cell towers operating in Water Valley, they use Verizon as their roaming partner. But, that agreement is about to end. “We want to build our own infrastructure,” said Sperry. “To get off of roaming we have to build our own towers. That can take up to 18 months to do that. But, we’re trying to do this on an accelerated basis.”
There is a cluster of towers in north Mississippi and some are already beginning to come online. “We just got Taylor Grocery done,” she said, referring to a tower near the town of Taylor. “So, people who are waiting for their catfish can serf the net now because we’ve got a brand new tower and it’s got mobile broadband and 3G on it. I know that’s not too far from y’all.”
Sperry listed locations for the towers including Highways 315 and 328, Highway 7 south of Taylor, southwest of Highway 32 near County Road 220 and the Coffeeville/Pine Valley Road, Highway 9 in the Bruce area and Highway 7 near Frostland in Water Valley.
Sperry added that completion of the towers was in their “build plan” for this year. “But, some things can happen, like weather,” she explained. “There can be equipment delays. But, those are looking pretty good to go online soon.”
The tower located on Highway 7 near Frostland Drive will “go live” with GSM (Global System for Mobile Communications). After it is activated, the company will later add 3G. “You’ll still get data, it’s just slower.”
“I hesitate to give a time frame,” Sperry said. “In fact, our employees are not supposed to talk about time frames because things can change.”
She added that even after the towers are turned on, there is an optimization period. “They have to tweak them so that all the towers are going to start talking to each other.”
Public Service Commis-sioner Brandon Presley was in town Friday for a meeting and said that he is an AT&T customer and hadn’t been able to make a phone call since arriving. “I had to go up on the highway,” he said about communicating with his office.
“It’s important to me and it’s important to the public service commission for people to be able to make a telephone call,” he emphasized. “Now days it’s not just for leisure or for fun, it’s for keeping in touch with families.”
“It’s a safety issue,” Presley said. “It has left this community unplugged.”
Presley urges customers to go on the Public Service Commission website (www.psc.state.ms.us/commissioners/northern/zapthegap.html) and participate in the “Zap the Gap” program to help identify wireless communication problem areas.
The Northern District Public Service Commis-sioner’s office toll-free number is (800) 637-7722.

Talking Again…Or Not
ATT customers began reporting Sunday around noon that their service was returning. However some said that it was still intermittent.
Monday morning a pair of AT&T customers motorcycled into town looking for some former coworkers. They asked a local for information about the coworkers possible whereabouts as they scratched their heads and said, “Our phones aren’t working.”