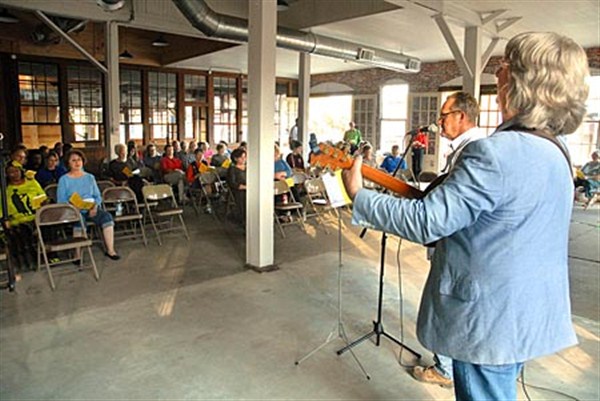 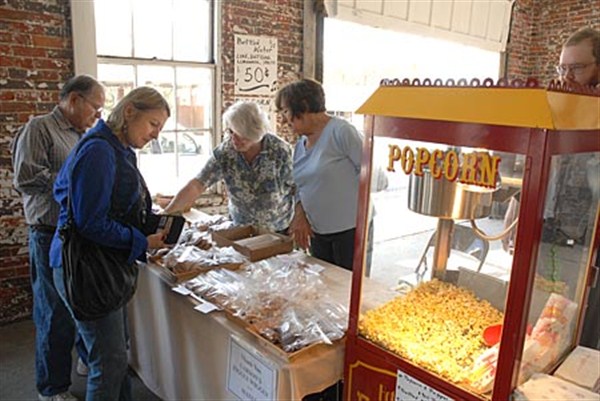 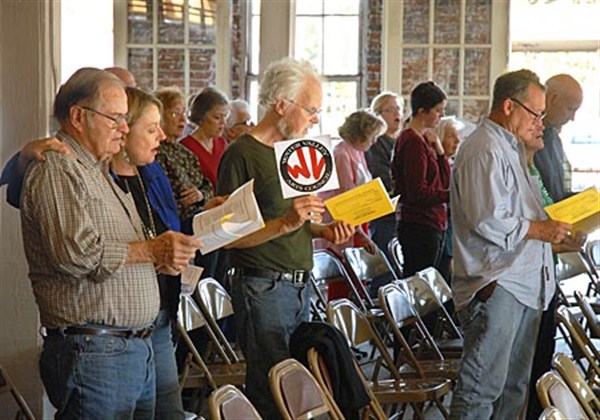 The crowd sang along. 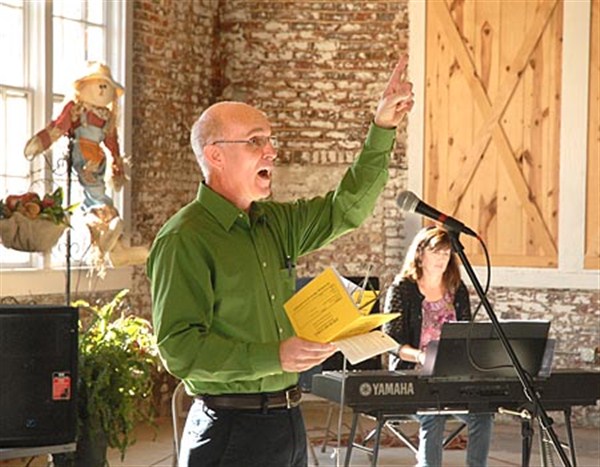 Erik Fearing of First Baptist Church was master of ceremonies. He was accompanied by Lecia Bain. 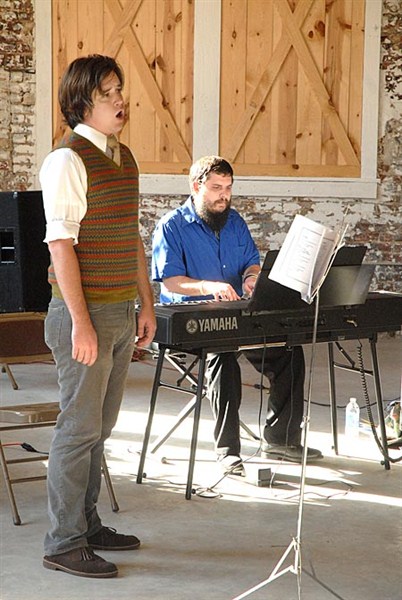 Jonathan Trotter provided a “bit of classical” with his accompanist Robert McGehee. 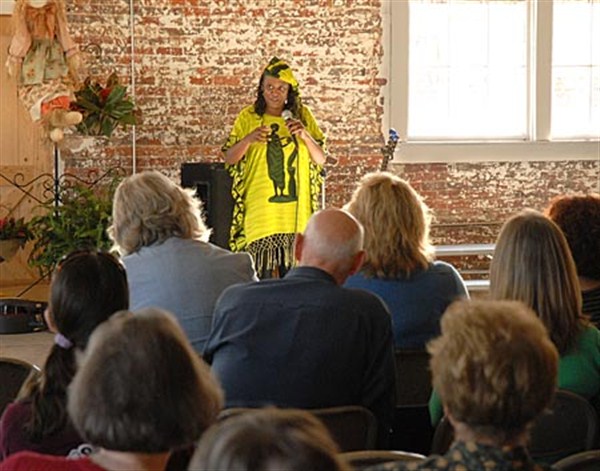 Gail Thompson sang a stirring rendition of “America The Beautiful.” 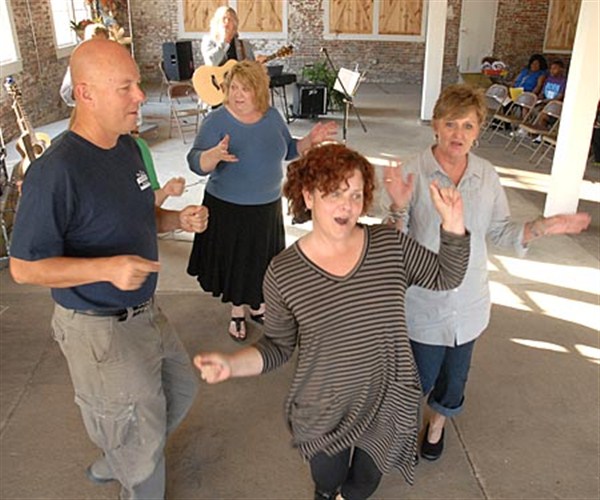 The “Hokey Pokey” was back. 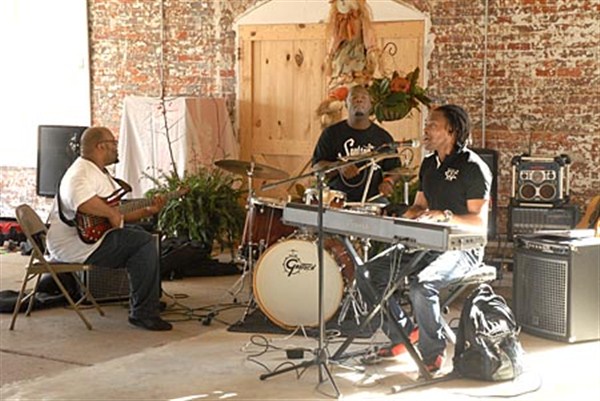 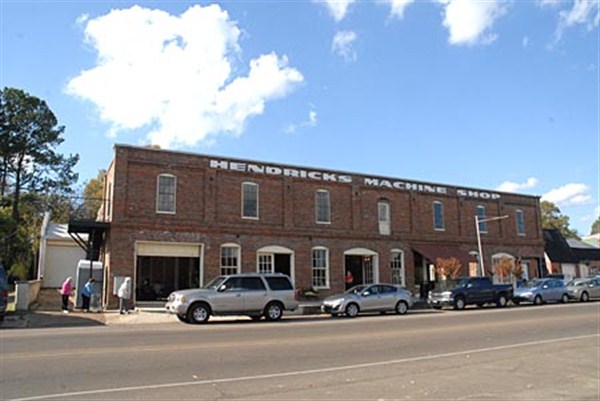 One of the “stars” of the show was the Hendricks Machine Shop building that was loaned by owner Bill McGregor.