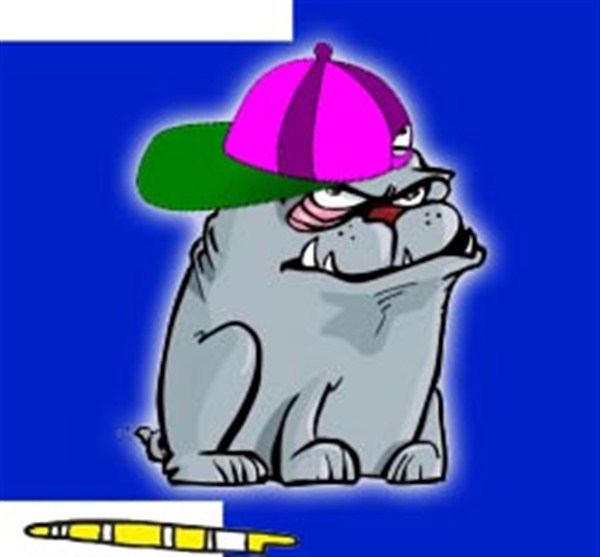 
COFFEEVILLE – A pair of Rottweilers alleged to have mauled several pets on County Road 14 may be the tipping point in the implementation of a county dog ordinance regulating vicious dogs.
Periodic complaints about vicious dogs surface at county meetings, but a push for an ordinance appeared to gain traction in September 2011, when Board Attorney John Crow outlined different provisions that could be included in an ordinance.
That conversation followed a complaint several months earlier, in July 2011, after a Yalobusha resident expressed concern to supervisors about her neighbor’s pit bull.
Consideration for the ordinance was subsequently delayed until 2012, when the ordinance was placed on a board agenda in a March meeting, before being tabled indefinitely.
The latest complaints pushed the matter  back in the limelight during the “first Monday” Board of Supervisor meeting in Coffeeville when Robbie and Leslie Ferguson outlined a two-year battle with neighbors who own a pair of Rottweilers.
Robby Ferguson de-scribed numerous steps he had taken to try to protect his family and pets, including building a chain link fence and later adding a taller wooden fence. One attack on their pet came during the construction of the first fence, and the second attack came later, when their aging Jack Russell terrier slipped outside the fence and was “almost torn in two.”
“She stayed at the vets a month and almost died,” Leslie Ferguson told supervisors.
On another occasion,  Leslie Ferguson said the two dogs were under her carport and she was afraid to get out of her vehicle.
On yet another occasion, Robbie Ferguson told supervisors the situation could have escalated after he yelled at the dogs to go home.
“Our neighbor, Kevin Wilbourn, yelled at me through the trees ‘why don’t you meet me half-way’ with some ugly words,” Ferguson explained.
“That’s when I called Sheriff (Lance) Humphreys,” Robby Ferguson added.
Robby Ferguson described that conversation, saying the sheriff advised him to shoot the dogs with a BB gun.
“That worked for a little while,” he continued.
Although Robbie Ferg-uson told supervisors that he had not had a problem recently, he added that his 91 year-old neighbor called him two weeks ago asking if he had seen the two dogs roaming.
“She said she wanted to get out in her yard, but was afraid to. That is why I am here,” Robbie Ferguson told supervisors.
District Three Supervisor Lee McMinn added that he has also fielded calls from other people living in the area with similar concerns about the two Rottweilers.
“We have touched on this several times, it seems like every year or two this comes up,” Board President Tommy Vaughn said, before referring to Crow for specifics about an ordinance. “We asked John (Crow) to  draw us up an ordinance to give us some authority to do something that still doesn’t restrict everybody too much.”
“Many of the surrounding counties have ordinances,” Crow said as he pulled paperwork from a well-worn file labeled “Dog Ordinance”
After a 15-minute presentation by Crow, supervisors learned the key ingredient of the ordinance, a dangerous dog would have to be “tethered” or placed in an adequate enclosure.
Supervisors also learned the ordinance will hinge on a key question – will the ordinance be breed-specific, or for dogs designated as dangerous on a case-by-case basis.
While both McMinn and Vaughn expressed reservations about singling out specific breeds to be included in the ordinance, Crow explained that going the other route can also be problematic.
“In other words you are giving a free bite. One bite with a two year old kid, it won’t take but one,” Crow explained.
After the dog has taken his “free bite,” it would then be designated as vicious and fall under the new ordinance. Crow also said it will also be up to the sheriff’s department to designate vicious dogs on the case-by-case basic.

Input From Sheriff
“Robby and I have talked about this several times. I have called the neighbors several times, begging them to put the dogs up. That will last several weeks and then back to the same thing,” Humphreys told supervisors. “And it’s not just there, it’s all over the county. We are answering three or four calls a week for the same thing,” Humphreys added.
Humphreys added later in the meeting that he does not advise people in the county to take matters in their own hands.
“This is the reason I didn’t tell Robbie to shoot the dog. It has been proven in this county, that if you shot another person’s dog in defense of your own dog, you will be found guilty of killing that dog,” Hum-phreys explained, citing several cases in justice court.
“My biggest question on the ordinance is what am I going to do with the dogs?” the sheriff also asked.
“If you want a dog ordinance with some teeth in it, you are going to have to provide a pound,” Crow answered. “You are going to have to spend some money here,” the attorney added.

Immediate Actions
“Obviously in this case here, there have been multiple, up to possibly a dozen attacks, with half-a-dozen neighbors. Two calls to the sheriff department at least. What remedy do these people have today,” McMinn said.
“You have got your civil remedies,” Crow advised, explaining that he needed more input before preparing a final ordinance for approval.
“That was the question I wanted to ask John,” District 5 Supervisor Frank “Bubba” Tillman asked. “If they have seen the dogs do that (attack), why can’t they file papers for damage against them in justice court?”
“They can,” Crow answered.
“That’s just money, that still doesn’t lock the dogs up,” Leslie Ferguson countered.
“By the time that gets to court, we can probably have an ordinance on the books,” Crow continued.
Vaughn wrapped up the conversation on the topic, asking for the board to table a decision for two weeks to allow him to meet with the City of Water Valley to determine a possible cost for using their pound.
Crow also agreed to fine-tune an ordinance with wording for both breed specific or addressing vicious dogs on a case-by-case basis for the next meeting scheduled Nov. 20.
McMinn then asked the glaring question for a final time about the immediate problem facing the Fergusons.
“I just want to ask one more time, is there anything the sheriff or this board can do, today, to give that neighborhood out there some relief?” McMinn asked.
“All I can do is call them and ask them to keep their dogs up,” the sheriff  answered.
“Or what?” McMinn asked.
“That’s the only teeth he (sheriff) has is what we give him,” Vaughn answered, referring to an ordinance.
“They can exercise their civil rights with a civil court. They are going to spend some money on a lawyer,” Crow added.