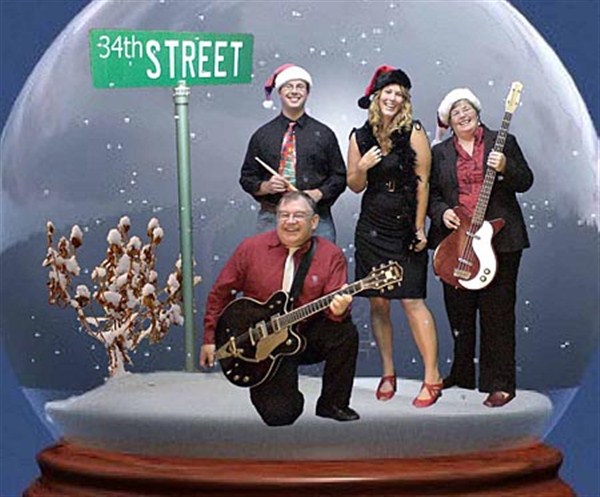 
WATER VALLEY –  Travis and Jeannie Clement have been selected as Grand Marshals of the 2012 Water Valley Christmas Parade.
The Clements are no strangers to Water Valley. They worked for many years at Holley Auto-motive (now BorgWarner). Through the years, they have been members of many organizations and clubs and have helped many people in the community and surrounding areas. They are active in the youth activities in our community.
“Being around the Clements, you can feel and see God’s love that they have for everyone they meet,” stated J. C. Womble, Parade Chairman.
Both remain active ambassadors for the City of Water Valley.
“For their many years of service, love and dedication to Yalobusha County and the City of Water Valley, the Tri-Lake Fairground Association is proud to honor the Clements as Grand Marshals of the 2012 Water Valley Christmas Parade,” said Parade Chairman  Womble.
The Grand Marshals will lead the annual  Christmas Parade down Water Valley’s Main Street on Saturday, December 1, beginning at 1 p.m.
Most of the entries from last year are returning and there will be a few new comers to this year’s parade.
Prior to the parade, Santa Claus will be on the Bandstand from 10:30-12:30 to visit with the children and have pictures made by Defining Moments Photography.
Also, prior to the parade, the 34th Street Band will perform from 11:30 to 12:30 on the bandstand. Bring your lawn chairs and listen to this jolly gang singing Christmas tunes that were big hits by well known artists like Brenda Lee and Elvis Presley.
The latest news update is that Santa and Mrs. Claus will be flying in from the North Pole to be in the Christmas Parade on Saturday.
The parade will be recorded and broadcast from the downtown Bandstand and will be aired at a later date on the local channel. Broadcasting will be done by Master of Ceremonies Bobby Murphree. Recording the parade will be Morgan and Morgan of WO7BN-TV of Bruce.
If you have not already entered the parade line-up, but wish to have an entry, contact J. C. Womble at 473-3190, or email jcwomble53 @yahoo.com or Bobby Murphree at 473-2501.
All 2012 Watermelon Pageant Winners are also encouraged to participate in this year’s Christmas parade. Each winner shall wear his/her crown and sash, and is responsible for their own transportation in the parade.
It’s never too late to enter and there’s no entry fee,” concluded Womble.

34th Street To Perform At Parade


On Saturday, Dec. 1, North Mississippi’s newest holiday ensemble 34th Street will be playing in Water Valley in front of the pavilion in Railroad Park from 11:30-12:30. The band will then join the Water Valley Christmas Parade for its run through downtown at 1p.m.
Their big old float made from a bright red hay wagon provided by Fiddlin Rooster Farm will surely be more comfortable than the modest little trailer used in times past.
Although “34th Street” is a brand new ensemble, it features some familiar faces — former Yes Virginias members Kevin Guyer on guitar and vocals, Kerry O’Dono-ghue on electric bass, and William Gates on drums.  For the past four years, the Yes Virginias have been Santa’s favorite band in the Oxford area, entertaining audiences at craft fairs, retirement homes, parades, and private parties.
When two key members of that band were no longer available, those remaining decided to continue carrying the holiday torch and “keeping Santa’s music real.”
The search for replacements was brief as new singer and trumpet player Melissa Ondrovcik quickly stepped in to fill the gap. Because of the significant change in personnel, the band was renamed “34th Street.”
Their agenda remains the same though — to have a whole lot of fun with a bunch of crazy swinging Christmas obscurities and holiday classics from the likes of Brenda Lee, Elvis Presley, Charles Brown, Eartha Kitt and many others.
34th Street will also play several other gigs this Holiday season, but very few of those are completely open to the public. The band will play at the Tula Opry in Tula in a stripped-down acoustic format as part of that venue’s Christmas show  on Dec. 8. Those with relatives living at the Hermitage can catch the band at their annual Christmas Party on Friday December 14th.
And on Dec .18 the band will play for More Than a Meal, Oxford’s food and services assistance program. Santa says “Rock on!”