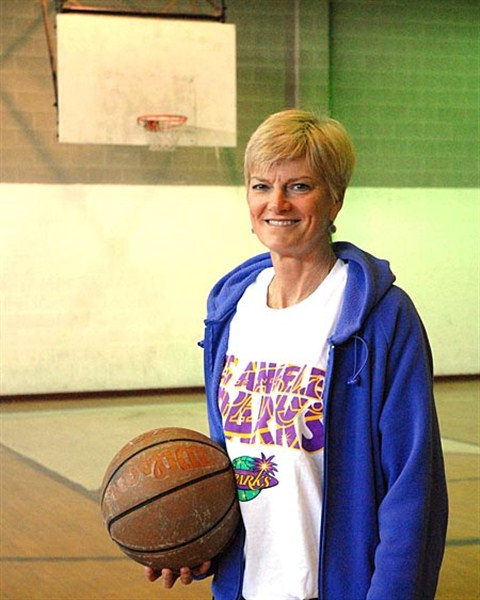 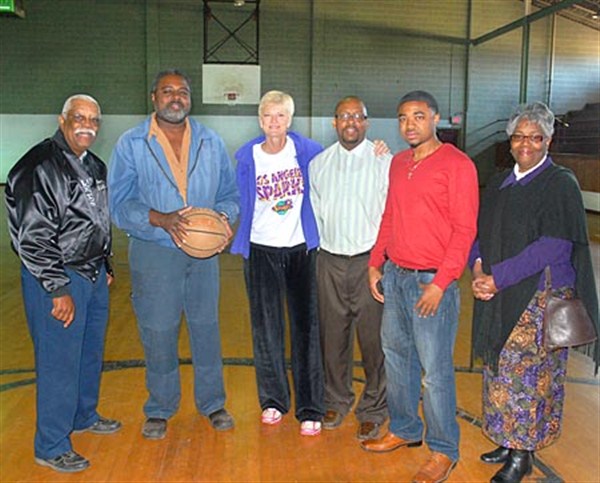 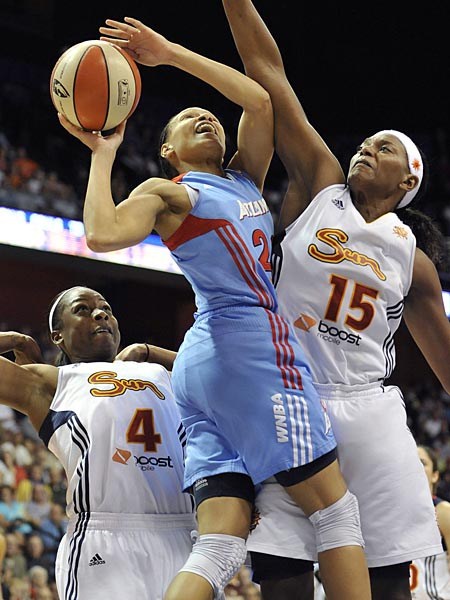 WNBA Atlanta Dream starting guard and former Ole Miss All-American Armintie Price will be in Oakland for the free clinic.


OAKLAND – Professional basketball Coach Carol Ross believes in giving back.
That’s why the Yalobusha County native is holding a free basketball clinic Dec. 15 in the old Walker Gym south of Oakland, the community that gave so much to her.
Ross wants to provide young athletes from the area the benefit of her years of experience, plus give a boost to the restoration of the old gymnasium, which is being undertaken by volunteers and the West Yalobusha Action Council.
Ross, who was named WNBA 2012 Coach of the Year in October, is proud of her small town upbringing. “It takes a village to raise a kid,” she said, paraphrasing Hillary Clinton. “Certainly I had a leg up because I had two great parents.”
Her mother, Margaret Jean Ross, is the very definition of a southern lady and a genteel mover and shaker in Yalobusha County. Her father, the late Richard Ross, was District 4 Supervisor.
“I also had a great extended family and friends,” she said. “Just a simple, southern, easy-going, Mayberry-ish existence.”
Ross recounted some of the basics she learned while growing up: “Respect others; get along with people; if you are going to do something, do it well.”
“And, spread your wings and fly,” she added.
For her, that meant leaving Yalobusha County. “I wanted to see and experience a lot. Basketball afforded me that opportunity.”
Her career began when she left home for an assistant coach’s position at Auburn. “I went through college saying that I would never coach. I’d had enough basketball.”
“Most players think coaches are pretty crazy,” Ross said with a laugh. “I didn’t want to be one of the crazy people that we call coach. I guess I was more suited to it than I would like to admit.”
After seven years at Auburn, Ross took the job of head coach at Florida, a team that had not experienced success in the SEC. “That intrigued me. I like a mess. I really enjoy going to places that are down and try to help lift them up. I have no desire to go to something that is already great and maintain greatness.”
Ross said that when she went to Florida, considered the worst job in the league, people thought she was crazy. Then, 12 years later when she decided to retire early, they thought she was crazy for leaving what had become one of the best jobs in the league.
“I just wanted to see if there was anything outside of basketball. I had been in a gym since fifth grade. I wanted to see if there was more untapped potential in me.”
Ross spent a year doing color commentary for women’s basketball on television. “I was still back in the gym. I simply changed sides of the court.”
Then Ole Miss called. “They were last in the league,” she said. “I had always felt a bit of a tug to come back to the state of Mississippi and give back. That’s a part of my upbringing…to give something back. So, this was my chance.”
Ross had mixed emotions about going back into coaching. “But, I did it anyway and it was a very rewarding experience. I had the good fortune of coaching some outstanding women who made me look really good.”
In only four years she took her team from the bottom to the elite eight, a game away from the final four.
“I felt good about that. Then I thought, okay, I’m going to begin my adventure again to see what else is out there.”
Ross said that once again she stumbled into a gym, this time at the pro level. For the last four years she has been “knocking around” the WNBA, three years as an assistant for the Atlanta Dream and now as head coach for the Los Angeles Sparks.
“It doesn’t matter if you are a junior high player, a high school player, a college player, a pro player, or not a player at all, just a person walking down the street. We all want to be inspired. We all want someone to challenge us to be better than we would be if we were left to our own devices. To me that is really what coaching is.”
“I think my greatest talent is motivating and inspiring people and pushing them. And knowing when to be tough and knowing when to be gentle.”
It’s that talent that Ross will bring to her free Holiday Hoopin’ basketball clinic Dec. 15 from 10 a.m. until noon. She and Armintie Price, starting guard for the WNBA Atlanta Dream and former Ole Miss All-American, will provide instruction for girls and boys in grades 1-12.
The clinic, to be held in the old Walker Gym on Highway 51 south of Oakland, will teach all ages and skill levels from beginners to high school stars, according to Ross.
Registration is at 9:45 a.m. and participants are urged to dress warm and wear sneakers.
For more information, contact Rev. Tyrone Jenkins at (662) 934-0915 or Mrs. Lizzie Bland at (662) 623-7293.