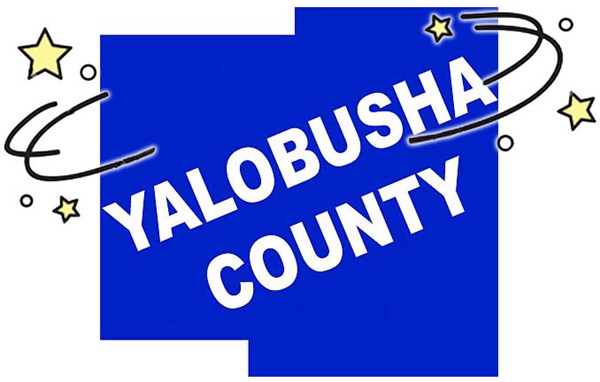 
COFFEEVILLE – The rental policy for the county’s Multi-purpose Building could be amended after supervisors learned of several fights stemming from birthday parties at the facility.
Extension Agent Brent Gray explained that the Coffeeville Police Department had been called to the facility several times for fights when the facility had been rented for birthday parties.
“We are not having a bad problem yet, but the potential is there,” Gray told county officials at the “first Monday” meeting held Dec. 5.
Gray added that Coffeeville Police Chief Mark Martin informed him of the issue.
“The last couple of times the conference room was rented out officers were called to break up fights in the parking lot,” Gray explained, adding alcohol has also been a factor.
“How do we need to address that?” Gray asked.
“Just by the name of the room itself, a conference room, outlines what it is for,” Board President Tommy Vaughn responded.
“As far as parties, it wasn’t designed for parties,” Vaughn noted.
“That’s how I feel about it, I wonder how many they took to jail for alcohol and fights?” District 5 Supervisor Frank “Bubba” Tillman asked.
Vaughn then asked Purchasing Agent Janet Caulder for input. Caulder has helped draft and update the rental agreement for the facility in the past.
Caulder recommended putting more restrictive hours for private individual rentals, such as an 8 p.m. shutdown time.
“That way the three and four year-old birthday parties are not affected.  If somebody rents it for a tupperware party, they would have time after-hours to do that,” Caulder said.
The hours would not apply to public events held at the facility, which include a variety of events ranging from rodeos to club meetings.
Supervisors agreed to table the issue allowing time for additional input before a decision is made.
Other business discussed at the meeting included:
• Accepted the minutes from November meetings and approved the claims order.
• Discussed a recurring problem with a county-owned backup water well servicing Windsor Foods.
Vaughn explained that the first well is functioning properly, but the pump in the second well had failed completely and will be a costly repair.
“We are fortunate to have the money to pay for it,” Vaughn said, referring to revenue generated from the sale of water to Windsor.
Working with County Engineer Carl Grubb, county officials identified two options – to check the aquifer and make sure the water supply is not the problem with the backup well; or to met with Billy’s Creek Water Association and the Town of Oakland to see if they could provide backup water if the faulty pump is not replaced.
Previously the county has provided water for Billy’s Creek and the water lines are connected. If an agreement is reached with Billy’s Creek and Oakland, the county would have to install a backflow valve and water meter.
• Approved an application from Harrison Logging to exceed the posted weight limit while hauling logs in District 2 on County Road 126, 223 and 127.
• Appointed Phillip Carr to serve on the Yalobusha General Hospital  hospital board following a recommendation from District 3 Supervisor Lee McMinn.
McMinn said Carr lives in District 3 and will fill the unexpired term of Rhonda Burchett who moved out of the county. McMinn also said Carr was an accountant.
• Accepted the 2013 mobile home tax roll from Tax Assessor/ Collector Linda Shuffield.
“There are 248 mobile homes located in the county that do not own the land that they are parked on,” Shuffield reported.
The total assessed value of the mobile homes is $260,568, Shuffield added.