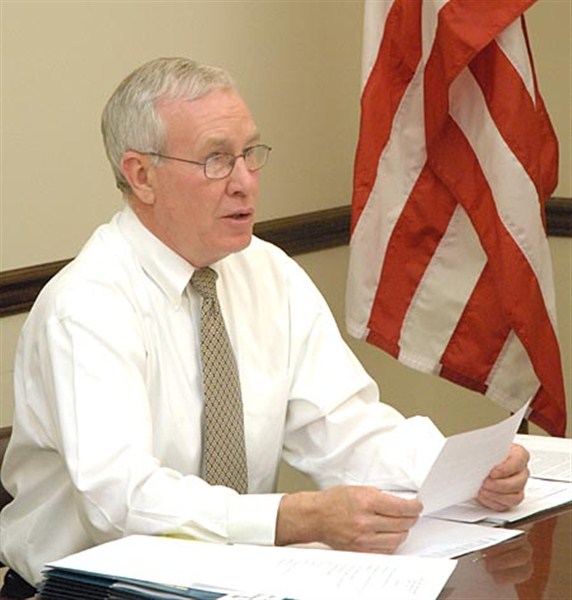 
WATER VALLEY – The local school district had already begun to implement programs that are in line with Gov. Phil Bryant’s education reform agenda unveiled Nov. 30.
“We’ve actually started some of these initiatives that fit right in to the Governor’s agenda,” Water Valley School District Superintendent Kim Chrestman said during an interview with the Herald last week.
Chrestman, who has been with the district for a year and a half, is under a contractual obligation to improve scores, increase attendance and up the graduation rate.
“I won’t say we’re a step ahead, but we are right in line with where we need to be so that we can make significant increases in our graduation rate. We jumped about seven percent this year,” he said.
The superintendent is pleased that the governor appears to be focused on issues that could have a major impact on Mississippi’s student achievement. “That’s the statewide. What I am doing is to make sure that district-wide our policies and plan are going to improve student achievement in Water Valley.”
One of the things not mentioned in the Governor’s programs is the problem of children of poverty coming into the system lacking educational skills, social skills and academic preparation. “Those children have a substantially harder time adjusting and becoming academically successful.”
Chrestman emphasized that all children can learn, “but they can’t always learn at the same level, at the same rate. They don’t have all the same abilities.”
He said that students are coming into the system not knowing how to stand in line, how to answer truthfully, how to keep their hands to themselves, how to sit, or even how to respond to a teacher. These things are basic social skills that are needed so they can be effective learners.
He said that in many of the educational programs and agendas, “It is almost as if everyone is thrown into one big pile and everyone ought to be able to excel and perform at the advanced level. Sometimes in education, the teacher becomes the reason they don’t. And, that’s not always true.”

Five-Point Plan
Chrestman went over the Governor’s five-point plan point-by-point and matched it to local initiatives starting with Bryant’s push to continue early childhood education efforts. “Pre-K program…we saw that coming. We started that last year,” he said.
The district has a three and four-year-old pre-K program that brings in youngsters from local day care providers to the computer lab at Davidson Elementary School. “We’re bringing in about 130 to 140 kids twice a week to work on computers with shapes, sounds, ABCs. Pretty much what they will need to be pre-school ready.”
On the governor’s push to improve literacy skills, Chrestman said, “We do know that according to research, students being able to read on the third-grade level is one of the primary indicators of academic success.”
“We saw that coming, too, and we started that this year,” Chrestman said of the district’s literacy improvement program. “We’ve got the same components that they’re suggesting, which are a focus on reading and a interventionist to focus on individual skills.”
Next point is developing and rewarding teacher quality. The governor wants to focus on attracting the best and brightest potential teachers. He is proposing to increase the entrance standards for teacher programs at state universities to a 3.0 grand point average and a 21 score on the ACT.
Bryant wants to implement a performance-based compensation (PBC) model to reward the most effective teachers. Chrestman said that the local district is already piloting that PBC program. “We’re doing the MSTAR so that we can help set our teachers up to succeed, not fail.”
MSTAR, the Mississippi Statewide Teacher Appraisal Rubric, was created to gather information on teacher strengths and areas of challenge and will be part of the process used to evaluate teacher performance.

School Choice
Increasing school choice is the Governor’s next point. He believes that many of Mississippi’s children are trapped in schools that are not meeting their needs and states that parents deserve the right to seek better opportunities for their children.
The options he gives include the charter school bill, open enrollment and privately funded opportunity scholarships.
Chrestman said that he is not against charter schools. “If implemented correctly they could significantly affect education in Mississippi. The devil is in the details.”
The superintendent believes charter schools should focus on low performing districts that have been at the failing level for three years such as those taken over by the State Department of Education. “My fear is that they will put them in areas that will siphon off the best students from the surrounding school districts and the charter schools become elite schools.”
That is not their purpose, he said. “The purpose is to help under-performing districts and the poverty areas.”
Chrestman added that he is concerned about some of the open enrollment policies. “School districts – especially your better school districts – get to cherry pick who comes in. It will not be your poverty kids, it will not be your students who are ‘at risk’ or that are in the alternative program and it will not be your special education students. It will be your better kids…or your athletes.”
He is also concerned about the tax credit scholarship initiatives that have been touted as a way to provide an outlet for low income children trapped in failing schools. But, the final legislation has provided tax credits to fund tuition for more affluent children to attend private schools.
Next, he covered the governor’s plan to improve college and career readiness. Chrestman said the local district has already increased technology and implemented two new vocational programs, health sciences and business education. “We’re hoping to move to duel credit soon. Our high school students will be able to take some college courses and receive high school credits as well as college hours.”