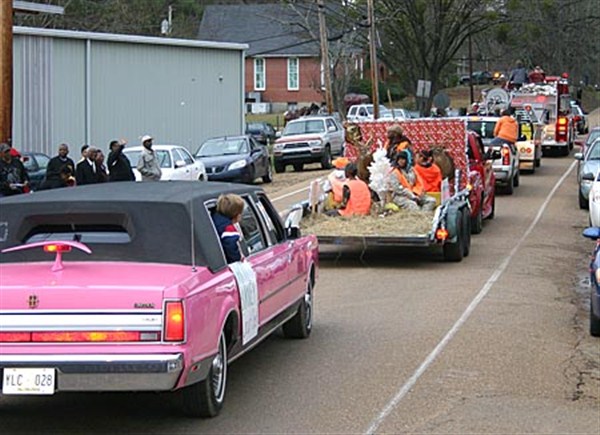 The last Christmas parade in the county rolled through Oakland Saturday afternoon. Dalton Burney leans out the window while riding with his dad, Circuit Clerk Daryl Burney. Burney’s car is trailing a float occupied by Jenkins Farm Hunters. The town was buzzing with activity throughout the day, as Carol Ross hosted a basketball clinic that morning and Maximum Champion Wrestling Superstars held a wrestling match at the fire station that night. – Photos by David Howell 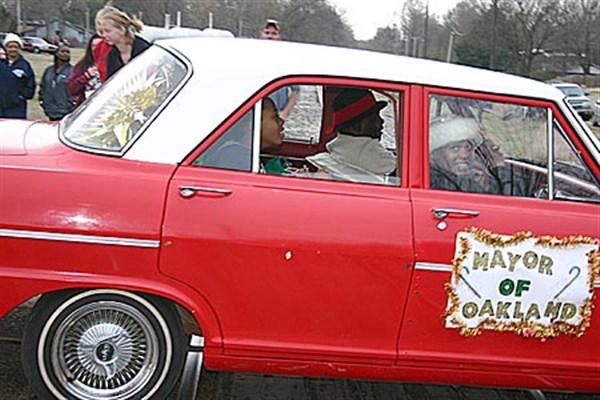 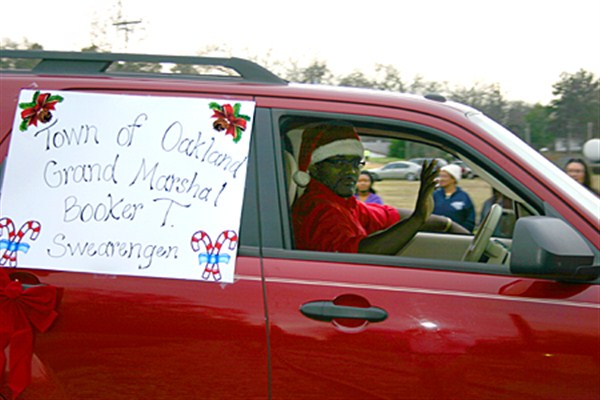 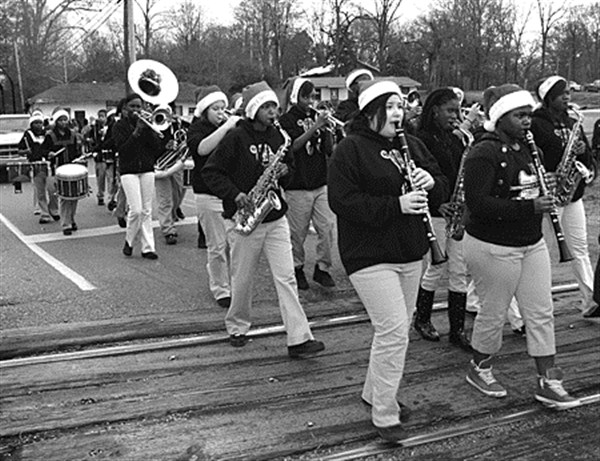 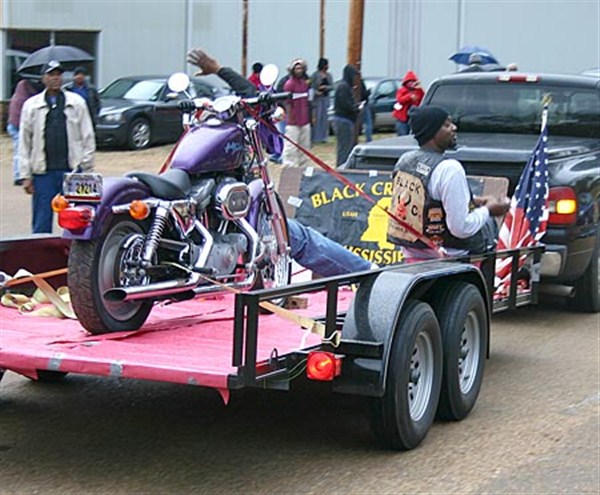 Members of the Black Crusaders of Oakland participate in the parade.

The last Christmas parade in the county rolled through Oakland Saturday afternoon.
Posted in Top Stories