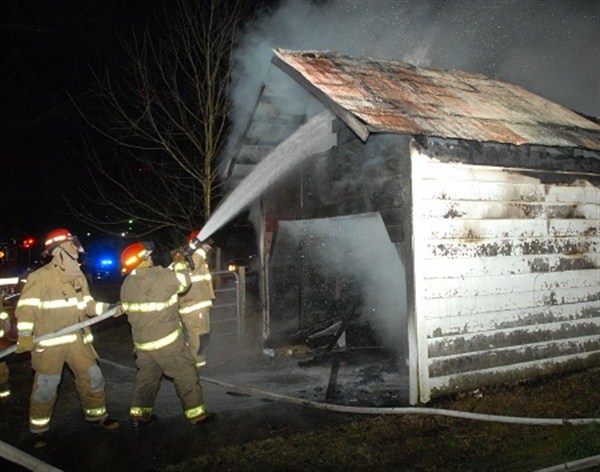 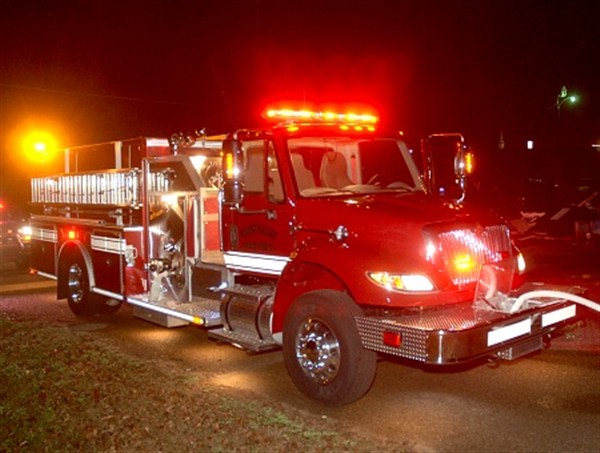 Firefighters were called to a garage fire at the corner of Bergland and South Court Streets Tuesday night around 8:45 p.m. The blaze, of unknown origin, severely damaged the building and household contents.The bottom photo shows the Water Valley Fire Department’s new pumper, which was on it’s second run for this fire. It’s first call was Christmas Eve when it responded to a blaze in an abandoned mobile home on Stephens Street. (See video of the truck responding to that fire on YouTube.)