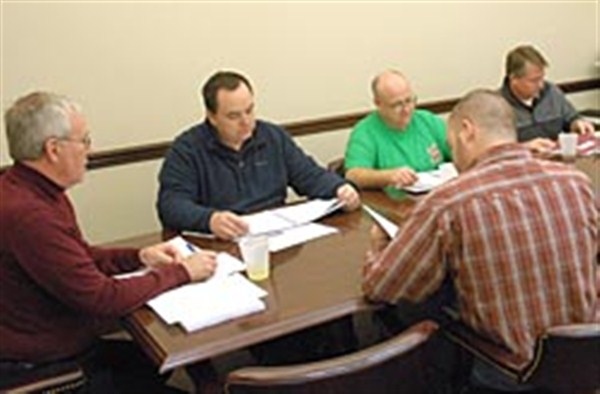 
WATER VALLEY – The school district’s strategic plan for the next five years was presented to school board trustees at their meeting in late December.
Superintendent Kim Chrestman explained that the Strategic Planning Committee, a group of local citizens recruited by school officials, formulated the 21-page document to set the district’s vision, mission and goals.
Chrestman said that the goals are based on those already set by the school board and added that many of the initiatives have already started.
Members of the committee are Vietta Booker, a science, math, technology, and engineering teacher and a parent; Lamar Burgess, school board trustee who currently serves as board president; Rodney Francis, Human Resources Manager for Borg Warner; Dr. Carol Gary, WVSD Alternative Director and Curriculum Coordinator; Jessie Gurner, Yalobusha County Director for the Department of Human Services; Lee McMinn, Yalobusha County supervisor, businessman and parent; Amos Sims, Yalobusha County supervisor and Pastor; Cam Tyler, President of Mechanics Bank and parent; Terry Varner, Administrator of the Yalobusha General Hospital and parent; Dianne Webb, vocational instructor; and Kim Chrestman, School Superintendent.
First Goal: To meet the state’s accountability rating of “successful” (C) or higher. “Once that has been achieved we hope to up that. We know that is not where we want to wind up. That is a starting point. But that goal can change upward in the future…hopefully,” said Chrestman.
Objective one under the academic goal is to have a Quality of Distribution Index score of 170-210 on the annual state assessment. The state average for 2012 is 162.
Objective two is to ensure that by the 2015-2016 school year all students read on grade level as they exit the third grade. The ability to read on grade level is the number one indicator of student academic success, according to Chrestman.
Objective three is to improve the graduation rate to 75 percent or higher. When that goal is met, the target will move to 85 percent.
Second Goal: Update and improve the facilities and bring them up to modern standards.
Objective one is to paint and renovate current facilities. Along with painting, plans include replacing aging gutters and stage curtains at both the elementary and high schools and pressure washing the exterior of the gym and multipurpose building.
Replacing carpet in the third and fourth grade building and replacing cafeteria tables at the high school have already been accomplished.
Further along the timeline will be installation of new energy efficient HVAC systems and energy efficient windows at both schools.
Also planned are renovation and painting of classrooms and restrooms and replacement of outdated lockers.
The plan also recommends standardizing paint colors at each school campus and the installation of a network based video surveillance system to reduce vandalism, theft, and destruction of property.
Objective two is to organize parking lots and to landscape and objective three is to remove clutter and non-used items.
Third Goal: To provide technology necessary for teachers and students to become educated consumers of technology for personal, professional and societal use.
Objective one is to implement technology-based courses, increase the use of technology in instruction and remediation and provide technology based testing. Objective two is to provide a robust wired and wireless network throughout the school district by school year 2014-2015.
Fourth Goal: to provide a school culture and climate that is conductive to learning.
Objective one is to integrate character education throughout the district to foster respect for self and others.
Objective two is to decrease the number of fights and discipline referrals.
Objective three is to improve public relations by creating, maintaining and protecting the organization’s reputation, enhancing its prestige and presenting a favorable image by educating the community and certain audiences about issues relevant to the organization as well as overcome misconceptions and prejudices.
Following the superintendent’s presentation, Board President Lamar Burgess, who served on the Strategic Planning Committee as the board’s representative, asked fellow trustees to familiarize themselves with the document and bring questions to the next meeting.
Trustee Pierce Epes noted that the Strategic Plan needs to be a “living document” that can change with the needs of the district. “If it’s not changing, then it is not going to be effective,” he said. “We found out in the past that if you’re not changing, you’re going backwards.”
Chrestman commended the committee and said that the group had some really open and very frank discussions. “They asked some really tough questions.”
Burgess added that the schools in the Water Valley District are community schools. “The people who were involved are real concerned about this community. This school has to be a ‘beacon on the hill.’ They have a desire to see this school move forward.”
He concluded that school officials have got to continue to engage the community in what they are trying to do. “We realize that the job is going to be tough.”