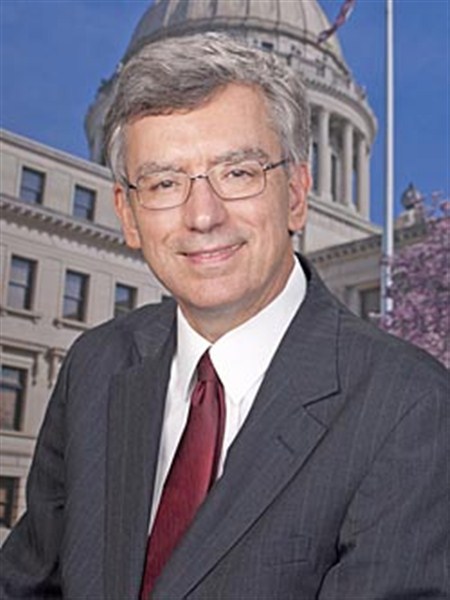 
JACKSON – Funding for mental health will be a key issue for state representative Tommy Reynolds (D-Water Valley) as the 2013 Legislative Session gets underway this week.
Reynolds’ comments come after the Connecticut school shooting tragedy made mental health treatment a big issue for the entire nation. It also comes after a $38 million decrease in state funding since 2008 for mental health.
“This is something we can all see, it’s a crucial item,” Reynolds told the Herald last week prior to the start of session. He also addresses the issue in his column this week (See Page 5).
Another key issue identified by Reynolds is funding bridge repairs on county roads across the state during the 2013 Legislative Session.  A failed bond bill effectively killed funding in 2012 for the Local System Bridge Program (LSBP), the program used since 1994 to make money available to counties for work on bridges.
“This cost Yalobusha County a lot of money,” Reynolds explained. “We don’t need a fiscal cliff for bridges this year. Bridges aren’t Democrat or Republican,” he added.
Reynolds also stressed other transportation issues are important to the county, including preserving the privately owned 175-mile stretch of rail between Southaven and Canton. In 2011 the rail line owner, Grenada Railway, LLC, proposed to abandoned 83 miles of the line from just south of Grenada to just north of Canton.
The company later withdrew it’s request, but concern for the future of the line remains. Reynolds was one of 14 state representatives selected by House Speaker Jeff Smith last year to serve on the newly formed Mississippi House Select Committee on Railway Development.
He has been an advocate for keeping the entire 175-mile line intact.
Reynolds also stressed the importance of the highway widening project on Highway 7 in Lafayette County.
“Land acquisition is going on,” he said for the portion of highway between Hwy. 6 and the Hwy. 9 split.
Another biggie, an issue that seems to be generating the most pre-session headlines, is a charter school bill.
“If it is gonna be done, you want to make sure it will work,” Reynolds said about a possible charter school bill.
“We need to look at what other states are doing and apply it to something that would work in Mississippi,” Reynolds told the Herald.
“We need to be open to change, but don’t need to do change for the sake of the change,” Reynolds said.
One concern voiced by Reynolds is how a potential charter school could affect the local taxpayer.
“If you take a child out of a school district, all of the money follows,” he explained, pointing to federal and state funding. This could trigger a larger burden for the local taxpayer to support the existing school district if the student population decreases due to enrollment in a charter school.
“You have got fixed  costs (to run the existing schools), you want to make sure the local tax payers don’t see their taxes drastically rise in pursuit of some interest,” Reynolds told the Herald.
Reynolds added that he would be more open to a bill authorizing charter schools in a failing school district instead of a bill that could open up all school districts for a charter school.
“I can’t support something that would devastate the Water Valley School District,” he added.
Reynolds, who has served since 1980, will serve as the county’s lone representative after the entire county was placed in his district, District 33, following redistricting last year.
This marks the first time since 1975 the county is not split between representatives.
Redistricting also changed the Senate districts in the county. District 9 Senator Gray Tollison (R-Oxford) no longer represents the county as Yalobusha was split into two different districts last year.
Roughly two-thirds of the county was moved to District 14. Lydia Graves Chassaniol (R-Winona) serves as District 14 Senator. This district also includes portions of Panola, Tallahatchie, Yalobusha, Grenada, Leflore, Carroll and Attala counties.
District 8 encompasses the remaining northeast corner of the county including Water Valley. Russell Jolley (D-Houston) represents this district, which includes Calhoun County and portions of Chickasaw and Pontotoc counties.