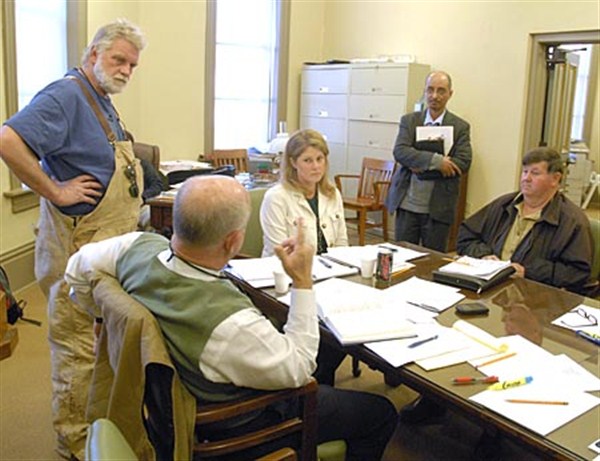 During a recessed Board of Supervisors meeting Tuesday, supervisors held a hearing on a request from Musid “Mo” Ali (standing, right) to sell beer at the county-line store on Hwy. 330. The store’s owner, Lynn Parsons (standing, left) also attended the hearing. The request was denied – Photo by Jack Gurner 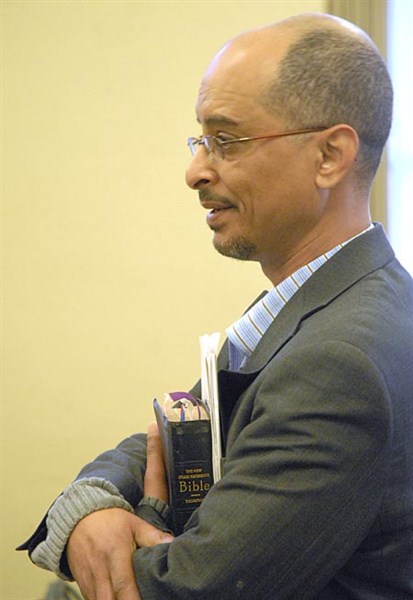 Musid “Mo” Ali clutched papers from his from his secret government work and a bible as he made a passionate plea for a beer permit. 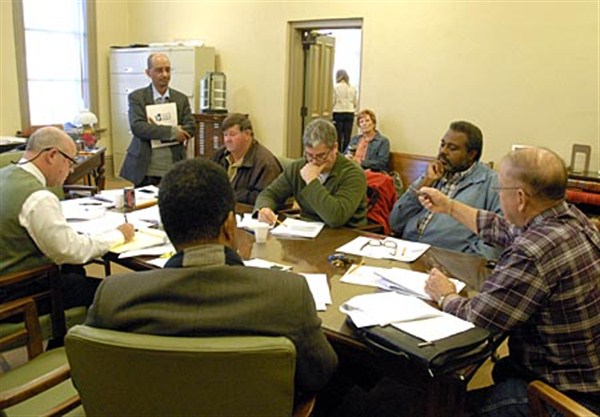 Board President Tommy Vaughn (right) told Ali: “This board is bound by what you are doing in the present. I am sure you love this country, we all do. But we are bound by laws. And those laws dictate a civilized society.”