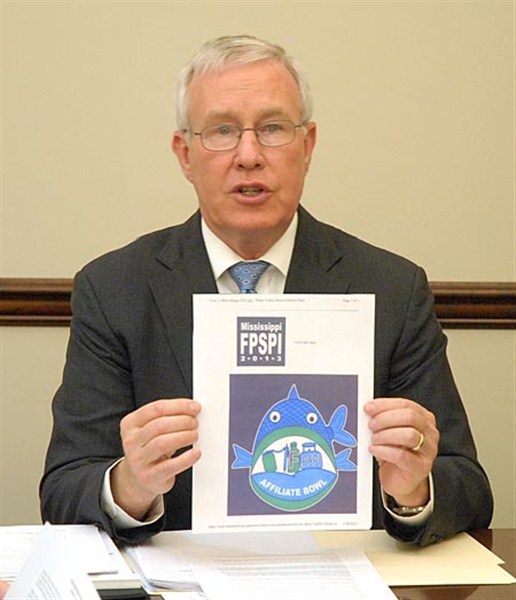 
WATER VALLEY – The school district will make around $30,000 over a five-year period leasing a small parcel of land for a cell tower near the high school.
C-Spire officials contacted Superintendent Kim Chrestman with a request to lease a 100’ by 100’ area east of the school district office.
As Chrestman described the approximate location to school board trustees at their meeting Jan. 22, trustee Taylor Trusty asked, “Where exactly? I want to make sure we own the property.”
His comment drew the biggest laugh of the evening as board members recalled past problems with property ownership, specifically the city-owned ball field behind the high school.
“Actually, it would be more fun to lease the city’s property,” Trusty continued.
On a more serious note, Trustee Casey Washington asked if the tower would meet the city’s zoning ordinances.
Chrestman responded, “They will research it and make sure they meet all those codes.”
He noted that if and when the tower is no longer used, C-Spire would restore the property to its original state.
Board members suggested that the district’s attorney review the contract. However, because of the speed at which cell companies operate, trustee Pierce Epes made a motion to accept C-Spire’s request pending the attorney’s approval of the contract. All voted for the motion.
Among other actions at the January meeting, trustees:
• Elected Lamar Burgess to serve another term as board president. Taylor Trusty was elected vice-president and Casey Washington as secretary.
• Modified the credit recovery guidelines.
• Approved the duel enrollment program.
• Approved the district’s strategic plan.
• Accepted the Communicare service agreement with a new day treatment option.
• Paid claims.
• Received a financial report from District Business Manager Randy Goodwin, who said that the fund balance in district maintenance was $1.527,121.35 as of Dec. 31.
• Heard the superintendent’s report from Chrestman, who told school board members that the WVHS Future Problem Solving Team received a bronze designation in the qualifying round for the state competition. The local group came in third behind Nettleton and Madison Central.
“We are so proud of our four girls and the work they have put into this,” Chrestman said.  “Water Valley will compete in the Affiliate Bowl at MUW on Feb. 21-22.  Team members are Tyler and Shade Epes, Callie Trusty, and Anna Williamson.”
The full text of the report is below.
• Entered executive session at 7:55 p.m. after meeting for one hour and 25 minutes.

Water Valley High School’s Future Problem Solving Team received a Bronze designation in the Qualifying Round for the Affiliate Bowl (the state competition)!!
From our state, only 8 teams in the senior division made it to the state competition and the Water Valley Team came in third.  First was Nettleton (the program director’s school) and Madison Central was second.  All of the other five teams that qualified came from Madison Central and Nettleton.  We are SO proud of our four girls and the work they have put into this!  Water Valley will compete in the Affiliate Bowl at MUW on February 21-22.  Team members are Tyler and Shade Epes, Callie Trusty, and Anna Williamson.

Governor Bryant has announced his recommendation for the Fiscal Year 2014 budget, the budget that will be decided in the coming legislative session. His recommendation includes level funding for the MAEP, which would under-fund schools by over $300-million. This would make it virtually impossible for the lieutenant governor and many legislators to reach their stated goal of returning to full funding by 2014.