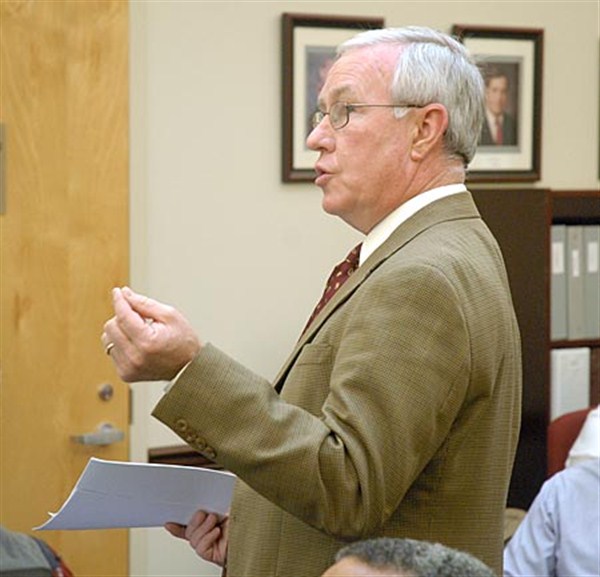 Superintendent Kim Chrestman used a PowerPoint presentation called “Education in Mississippi” to bring trustees up to date on the latest information provided by the Mississippi Association of School Superintendents and other sources. 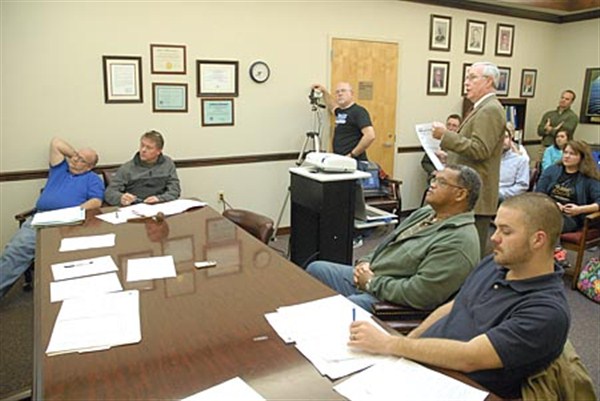 
WATER VALLEY – Mississippi schools may face more lawsuits in the future from groups like the American Civil Liberties Union.
That is just one of several issues facing state educators Superintendent Kim Chrestman told school board trustees at their Feb. 4 meeting. Chrestman used a PowerPoint presentation called “Education in Mississippi” to bring trustees up to date on the latest information provided by the Mississippi Association of School Superintendents and other sources.
“We’re probably going to see an increase in lawsuits toward schools,” the superintendent said. “First of all, schools are too harsh.”
Chrestman explained that some groups believe that there are too many out-of-school suspensions. And, they complain that alternative schools are filled with African-American and special education students. State education officials believe that because of this: the ACLU is going to sue the state of Mississippi or local school districts.
“We have to make sure that our policies and procedures are based on fairness and equity,” he continued, “so that it does not appear that it is based on race or disability.”
The ACLU is also going to be looking at school’s policies toward disabled students participating in athletics. According to Chrestman, if a doctor gives a medical release, they can try out for any sport the school offers. “They cannot be denied the opportunity. It doesn’t say they can make the team.”
“What you are going to see is that students with disabilities are going to be the next ‘Title IX’ for lawsuits,” he said, referring to the federal civil rights law that prohibits sex discrimination in education. Title IX is best known for breaking down barriers in sports for women and girls.
State officials said that school districts might have to start activities in which disabled students can participate.
The next point was religion in schools. Chrestman said that Jim Keith, a Ridgeland attorney who practices in the area of education and does professional development for Mississippi educators, has warned that school district employees are legally required to be neutral on religion.
“Which basically means that we cannot put God, Christ, Bible scriptures in our emails that we use within the school system. Anything that is school sponsored…there can be no mention.”

No Prayer At Events
Chrestman continued that state officials are strongly suggesting that schools do not use prayer at football games. “It’s going to be an open opportunity for the ACLU to sue.”
He noted that the groups that are against religion in school learned a valuable lesson in Pontotoc County. “They are now suing the individuals. In other words, if a teacher uses Christ, God in an email and they happen to get a copy of it, then they will sue the individual teacher, they will sue the principal, they will sue the superintendent, they will sue the school board.”
Trustee Pierce Epes asked, “Does this go all the way down to the clubs in the schools? Like Bible study club?”
“Not Bible study club,” answered Chrestman. “But, you can’t use school email to send religious material or you cannot promote (religion). It gets real ticky.”

Sexual Misconduct
Chrestman’s next point was related to knowledge gained from the Penn State revelations. “Make sure we don’t dismiss any evidence of misbehavior. We’ve got to investigate. We’ve got to document what we find out and what we do. There are no innocent observers,” he emphasized. “They can sue you whether they win or not.”
The superintendent also discussed legal issues related to charter schools. “Charter schools are basically being given an advantage. They are not going to be held to the same standards that public schools are going to be held to.”
According to Chrest-man, students who don’t function well in charter schools are required to go back into public schools. “We can’t get rid of them. They don’t act right for us, we can’t send them out. Even the judges put them right back in.”
Chrestman added that state school officials believe that the federal government should look at the discriminatory nature of charter schools.
“Most of your charter schools have a tendency to segregate and bring about discriminatory practices in the long run,” said Chrestman.
“Not initially,” he added, “But, within two to three years after their implementation, your poverty and low performing students move back into the public schools and the charter school are filled with more affluent middle and upper class students. All of a sudden, the scores skyrocket and it makes them look real good. Generally occurs in about the third or fourth year.”
“These are coming,” Chrestman said about the legal issues and lawsuits. “These are coming.”