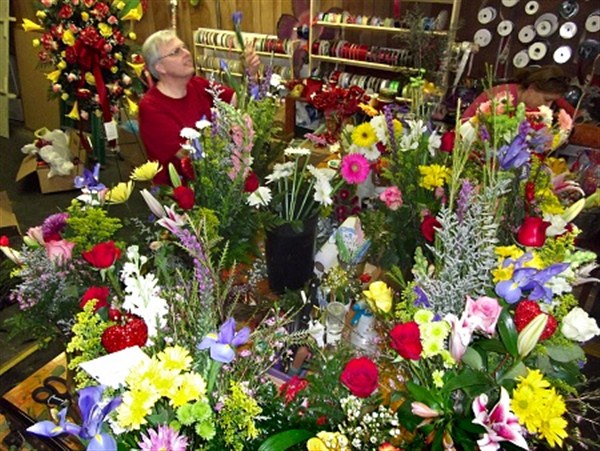 In a scene repeated in most all of Water Valley’s flower and gift shops, Michael Redwine arranges flowers late into the evening Wednesday at Doris Flowers and Gifts. How much does the day cost the average romantic?

$130.97: Dollars spent on average by a person celebrating Valentine’s Day.

$175.61: Dollars spent on average by men for their better half. This is about twice as much as women spend.

$88.78: Dollars spent on average by women for their significant other. In Japan, because of marketing by chocolate companies, women are actually expected to buy chocolate for their men.

$18.6 billion: Estimated dollars spent in 2013 on Valentine’s festivities and gifts.