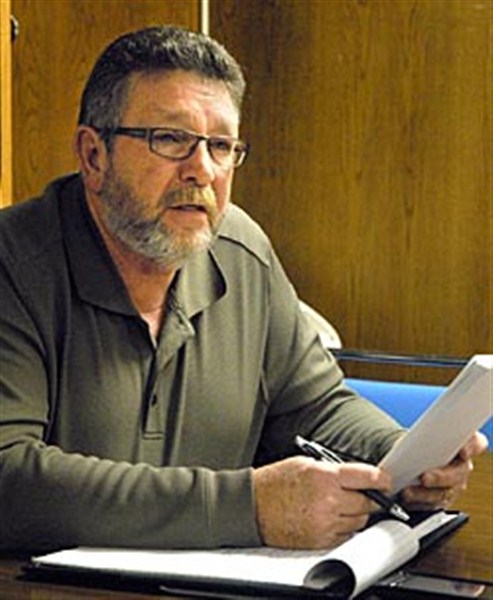 
WATER VALLEY – Planning commissioners corrected the zoning map and heard concerns about a proposed cell tower at their meeting Monday night.
Rodney Johnson appeared before the commissioners requesting that his property on Hwy. 7 north be rezoned from highway commercial to residential.
Johnson said that he purchased a little over five acres from Charles Harris and is planning to build a home on the property. “It’s listed as commercial property and I think at one time he was looking at putting a funeral home there.”
“Everything out there is on residential other than that?” chairman Ken French questioned fellow commission member Billy Humphreys, who also serves as the city’s zoning and floodplain administrator as well as building inspector.
“Everything out there,” Humphreys answered.
“We find a lot of errors that we have corrected and some of them may have been intended,” French added.
Commissioners agreed that the property should have been zoned residential and ordered a correction to the zoning map.
In another action, commissions heard from neighbors on East Lee Street that they objected to a cell tower being constructed near the Water Valley School District transportation maintenance building (bus shop).
Area resident Lynn Morris said that neighbors were considered a petition against the tower. “They want to know exactly were it is going to be put,” she said.
At the school board meeting Jan. 22, school officials said that C-Spire officials contacted Superintendent Kim Chrestman with a request to lease a 100’ by 100’ area east of the school district office, which would place the location near Markette Street and not East Lee.
Commissioner Eddie Foster said that he was under the impression that the bus shop was the desired location. A C-Spire representative was scheduled to appear before the planning commission with the company’s plans, but he didn’t show up.
After several minutes of discussion among the commissioners, chairman French read from the zoning ordinance section about land zoned for public use. “This would take a special exception from us to approve it anyhow.”
“It is not the will of the neighborhood,” he emphasized. “I don’t see how the planning commission can approve the exception.”
“But, we don’t even know where they want to put it,” Foster said. “They haven’t provided a map.”
“I can understand the school wanting to get the revenue from it,” French added. “I can also understand the way the people feel who live in that neighborhood.”