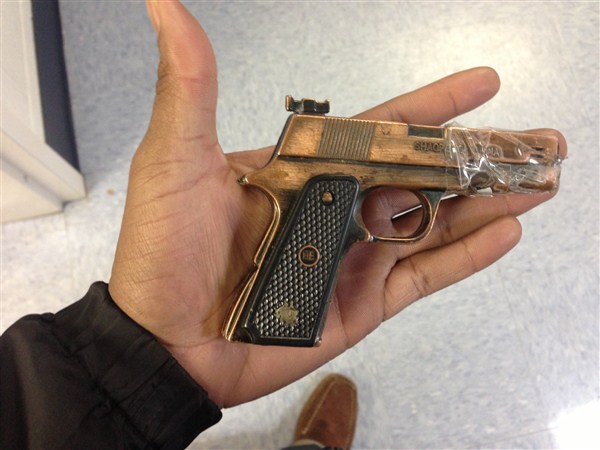 WATER VALLEY – No student or teacher’s life was in jeopardy when a sixth grader brought a gun to school and traded it for snacks last Thursday at Davidson Elementary School.
School Resource Officer (SRO) Regis Mister reported that school policy was carefully followed after school officials obtained information about a possible gun at the school.
“The student was isolated,” Mister explained. The 14-year old had traded the gun, an inoperable 22 caliber handgun, to another sixth-grader for snacks.
“The gun was missing a trigger and would not fire,” Mister told the Herald.
The student who traded for the gun carried it home, but the father brought it back to the school where it was seized by the sheriff’s department. Mister said both juveniles will be recommended for expulsion, adding that school trustees will make the final decision. The case will also be turned over to youth court.
“Everybody at the school did a great job in handling this situation,” Mister added.