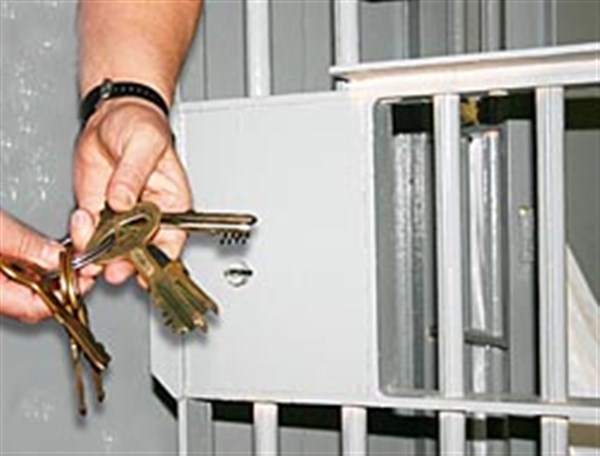 
COFFEEVILLE – Financing and selecting an architect has been the focus during back-to-back recessed meetings dealing with a new county jail.
Supervisors worked behind closed doors during the first recessed meeting, held last Friday, as they discussed proposals from more than a half-dozen architects competing for the job. On Monday, county officials met with Butler Snow attorney Lucien L. Bourgeois to discuss financing options. The Jackson attorney provided information about a potential lease-purchase arrangement, financing that would bypass issuing general obligation bonds to fund the jail construction..
“What you are looking at is, what is your annual payment and can you make it work in your budget,” Bourgeois explained about the lease-purchase agreement.
“But the bond issue is subject to public scrutiny?” Board President Tommy Vaughn answered.
“If you do a GO (General Obligation) bond you have to do intent, and 1,500 of the electorate here in Yalobusha County can require an election on it,” Bourgeois explained.
Instead the lease-purchase would be validated in Chancery Court, with proper notice given to taxpayers.
“”They can object to the validation, but they have to have a legal reason to do it,” Bourgeois added.
The attorney also detailed other differences between GO bond financing versus a lease-purchase agreement– the county can pay the note on the lease-purchase within the existing budget instead of adding new mills to a budget dedicated to repayment of the GO bond. He also said the interest would be slightly higher with a lease-purchase, typically one-tenth to two-tenths over GO bonds.
Another recurring topic in Monday’s meeting was a company has constructed a number of jails in the state using the lease-purchase arrangement–Benchmark Construction.
Representatives from the company have attended several jail-related meetings in previous years including last Friday’s meeting.
Bourgeois said he had worked on lease-purchase agreements with Bench-mark, including Panola and Tate counties.
Using the lease-purchase agreement with Benchmark would be in contrast to the county hiring an architect that would design the jail and seek bids that could come in higher than expected, the attorney explained.
However if the county hires an architect, Bourgeois said the lease purchase financing could still be used for financing.

Looking Ahead
A third recessed meeting is scheduled next Tuesday, March 18, as supervisors continue to nail down jail details.
Among questions remaining to be answered is the budget, initially identified as the $3 million range; the number of beds, also initially identified as 48-county beds; and how much the county can afford to spend as a down payment from county coffers.