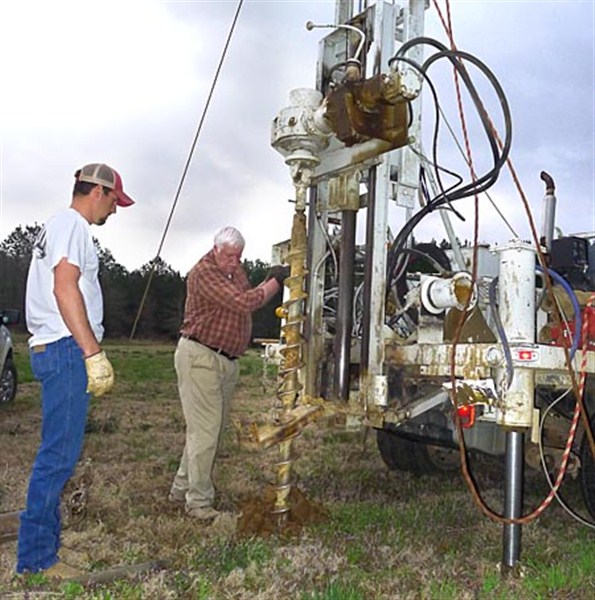 
WATER VALLEY – While financing and architect selection are among the biggest hurdles to cross before starting construction on a new county jail, there are other lingering issues regarding the proposed jail site.
Supervisors briefly touched on these issues during a recessed meeting on March 11, when they agreed to authorize County Engineer Karl Grubb to take soil samples at the site on County Road 436, outside Water Valley.
Last November supervisors selected the jail site, adjacent to the Yalobusha County Complex, favoring it over a second site in Coffeeville. The driving force in selecting the Water Valley site was to have the jail adjacent to the sheriff’s department, which is also located in the Yalobusha County Complex on County Road 436.
But the biggest hurdle with the Water Valley site is the lack of infrastructure– sewage and water. Initially county officials were able to come to terms with Jeff Davis Water Association to supply the water for the proposed jail. However the amount of water the association agreed to supply would not supply a kitchen at the jail.
Last December the county applied for an ARC grant (Appalachian Regional Commission) to fund $365,000 of a projected $456,548 dollar project to install approximately 1.42 miles of water and sewer main to interconnect to the City of Water Valley.
In January, supervisors shaved the request for ARC funding – somewhere in the $200,000 to $250,000  range– to get the project in line when funding becomes available.
In February, ARC Director Mike Armour provided a funding update on 2013 funding levels in an email to North Central and Planning Development District, the entity through which the ARC grant would be administered for the county.
“Just checked with ARC Washington regarding 2013 funding levels. There is nothing new and we are subject to the sequester like everyone else. We are operating on a continuing resolution that will expire on March 27. Unsure what will happen at that time,” Armour writes.
“What are we going to do if don’t get that water and sewage? We may have to end up adding all that money (to the project),” District 5 Supervisor Frank “Bubba” Tillman said during the March 11 meeting. Last November Tillman cast the sole dissenting vote against building the jail at the Water Valley site, instead favoring the Coffeeville site.
While awaiting word on the status of the federal grant, supervisors decided it was time to take the soil samples as part of analysis on the jail site. That came during discussion in the March 11 meeting.
“You don’t want to get an architect started on something up there and then have problems,” Tillman added at the March 11 meeting.
“We can get the architect started and, if we have to, go to Coffeeville. We need a design made,” Board Presi-dent Tommy Vaughn responded.
“Yes, that is a good step,” District 2 Supervisor Amos Sims agreed with moving forward with designing the facility.
Grubb is also performing a grade shot to see how much of the site may be in the flood plain, another concern with the site.
“If you get it (the jail) up close to the road, you might not even be in the flood plain,” Vaughn said during the last meeting.
The month’s third recessed meeting to discuss the jail issues was initially scheduled March 19, but was postponed until March 26 at 9 a.m. at the Coffeeville Courthouse.