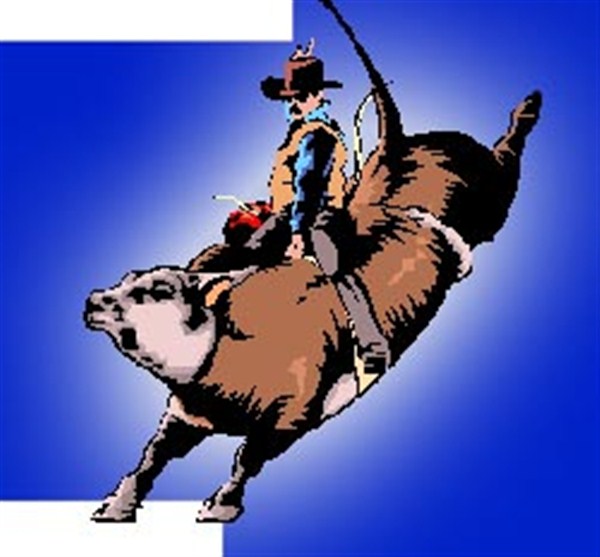 
COFFEEVILLE – Over 40 bull riders from 12 states committed to Saturday night’s Bulls and Barrel Bonanza at the Multi-purpose Building in Coffeeville.
Top riders include former PBR world finalist Willis Trosclair, nationally ranked Brent Menz and PRCA standout Chance Smart.
“The riders had to call in from 6 to 10 p.m. Monday. It filled up fast and we had to turn some riders down and put them on alternate status,” reported Rotarian Brent Gray. The riders are traveling from as far away as Pennsylvania. Five riders from Mississippi are also in the lineup.
A $6,000 pot and some of the meanest bulls across the nation has help attract the big name riders, according to Gray.
The barrel race contestants were continuing to call in at presstime Tuesday and Gray said the turnout looks great.
The main barrel race will be held in between the bull riding events, according to Gray. But, the racing will begin at noon and is open to the public.
There will also be a game of bull poker between the barrel racing and the short go finale. Gray described the event as a card table sitting in the middle of the arena with four guys sitting around it. “Then you turn a bull out,” he said.
The rodeo clowns do their best to make the bull angry and lead it to the table. “Last man sitting in a chair wins the jackpot,” said Gray. “We will be looking for contestants out of the crowd.”
There will also be two free cruise trips given away during the bonanza.