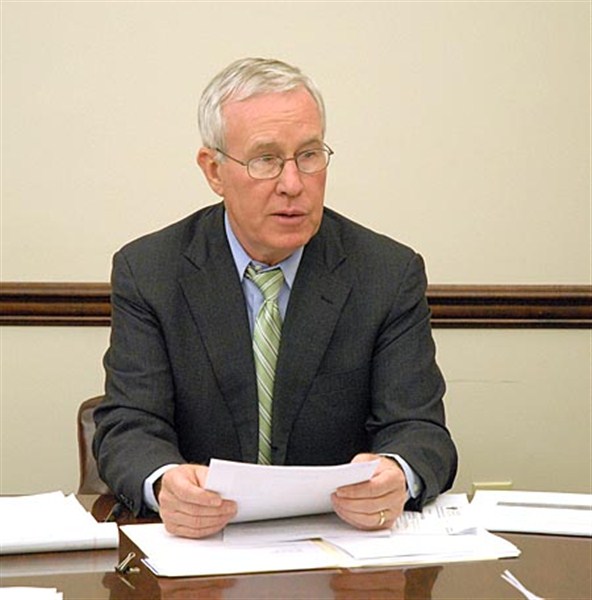 
WATER VALLEY – The local school district may not be able to improve its D rating for several years to come because of proposed changes in the statewide accountability system.
Superintendent Kim Chrestman said that under the proposed recommendation, a school’s graduation rate would be converted into a point system based upon an 80 percent graduation rate. Then, points will be deducted for schools with less than that rate.
“It is our belief that this unfairly affects school districts that are C, D, and F by almost ensuring they will not be able to move up in the statewide system,” he told school board trustees at their meeting March 25.
“Also, because MDE school rating labels may be frozen after the 2012-13 school year, a district would basically have this rating for an additional two years with no hope of being able to improve the rating,” he added.
The superintendent explained that the standard has been set at the state goal of 80 percent, not at the current state graduation rate of 71-72 percent. Water Valley’s rate is around 60 percent.
“One of the reports said that the old method was unfair to A and B schools and this was a method of correcting that inequity, Chrestman continued. “But, what we feel that it does is unfairly target your C, D, and F school districts because they are going to have low graduation rates anyway.”
WVHS Principal Dr. Glenn Kitchens said that he sent an objection to the state department of education about the changes. He added that for last year’s graduation rate to affect the work being done by this year’s students to move up a level is unfair. “It’s a very disheartening place to be.”
“Let these kids’ performance be noted for whatever it is, good or bad, and this group’s graduation rate be noted for whatever it is, good or bad. And, post that information, I have no problem with that,” he continued. “But, I have an enormous number of problems with how the graduation rate affects the local school anyway, not just ours, but everyone’s.”
Trustee Taylor Trusty asked if the district had plans to address the graduation rate. “Or, are we going to sit back and say we’re a poor district and we can’t do it. That’s unacceptable to me as a board member.”
Dr. Kitchens explained that plans were not only in place, but had been in place for some time. “I have begged them, pleaded with them, talked to their parents and changed board policy over one kid, who will still not come to school.”
“I don’t know what else to do,” he added, shaking his head. “It’s very frustrating. We’re in a place where when you go the distance to change board policy to keep one kid in school and they still will not come to school, then I need someone to tell me what I’m doing wrong.”
Trusty Casey Washington said that he had been involved with three youngsters and had done everything he could to persuade them to get in school and stay in. “The parents will not support the school system,” he said, commenting on the lack of participation by parents.
Dr. Kitchens said that he would like to see 100 percent of Mississippi’s children graduate, not just the 80 percent goal. “I wish I knew how to get just 80 percent of ours to graduate. That’s what I wish I knew how to do first.”