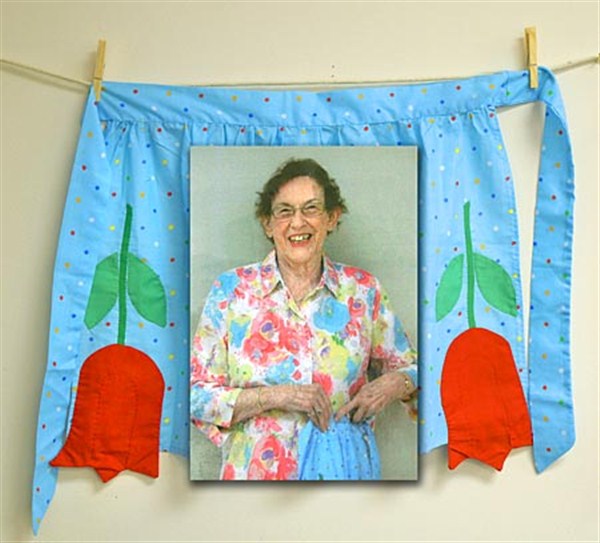 A portion of the apron collection of Eva Covington (inset) is on display through June in the lobby of Renasant Bank. This one is called simply “Tulips.” 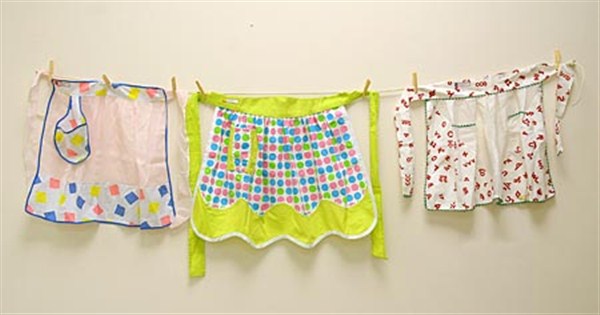 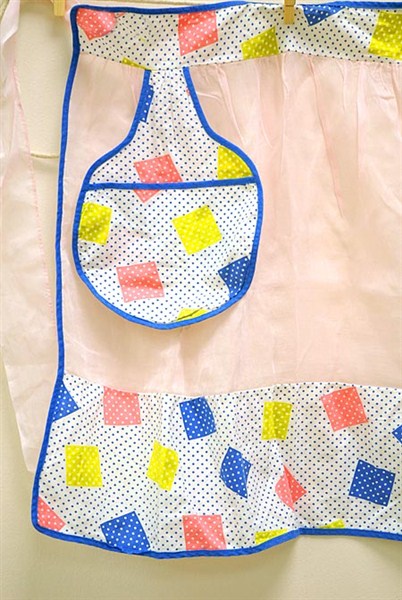 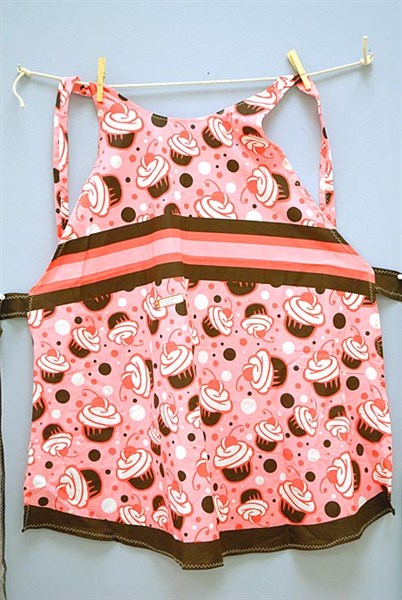 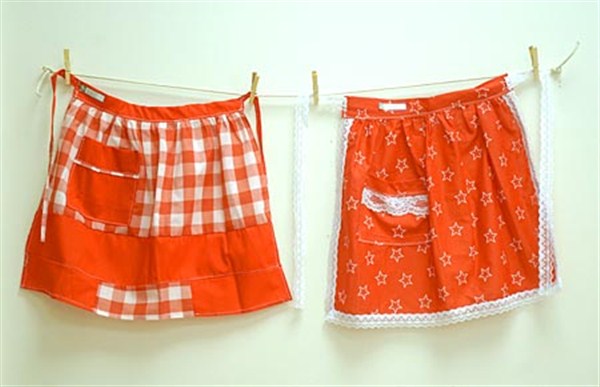 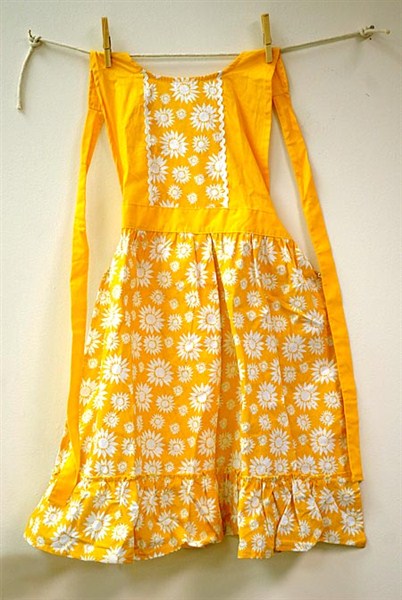 
WATER VALLEY – Aprons as an art form is the topic of the current show on display through June at Renasant Bank on Central Street.
A portion of the 32-piece collection of Eva Covington of Bruce hangs in the bank’s lobby as the latest installment of a series of rotating shows sponsored by the bank and the Water Valley Arts Council..
Covington began collecting aprons in the late 1980’s just because she has always liked them. She developed her fondness early on since her mother always wore one at home.
Friends and family started giving her aprons to add to her collection. Her sister, Audrey Cook, jokingly says, “She is stingy with her aprons and won’t share.”
Covington has made ten of her aprons and bought several. Her favorite is one she purchased from the Paula Deen restaurant in Tunica.

Apron History
Aprons have for a long time, been a practical necessity in the kitchen. Early on, women didn’t have the luxury of a large wardrobe. Aprons were used to cover up a woman’s clothing to protect it from soiling. That way clothes could be washed less, protecting them from the wear and tear of early laundry methods.
Aprons from the 1920s and 30s followed the silhouette of the woman’s dress, long with no waistline. Then, by the 1940s they gained a cinched waistline and were often trimmed with buttons, rick-rack and pockets.
Because there was little wasting back then, aprons were often made from the cloth from empty feed sacks. Often, when the apron had seen better days, the best parts were cut out and used for quilts.
Advertising from the 1940s and 50s related to housework often featured apron-clad women. It was the standard uniform for the time. In the 50s women began to wear fancier aprons for special occasions.
In the mid-20th Century, most women relied on two kinds of aprons: a practical one for cooking and cleaning, and fancier versions for hostess duty. They became a serious fashion element, not just a cover-up.
In the late 60s aprons with a message began to appear in step with the popular message T-shirts. Sayings such as “Kiss the Cook,” and “For This I Went to College” were seen in many kitchens.
More men starting wearing aprons than ever before. Sayings such as “Real Men Wear Aprons” were accompanied by an image of a chef and “It’s Not Burned, It’s Just Crispy,” were seen in the backyards of suburbia.
Aprons are regaining popularity in modern kitchens, being worn by both men and women.