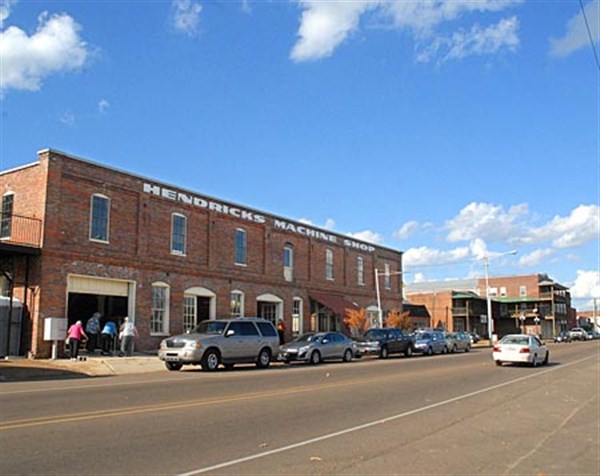 
WATER VALLEY – The opening of a craft brewery on Main Street could have a significant impact on the local economy judging by what has happened elsewhere.
The announcement two weeks ago that the Yalobusha Brewing Com-pany would soon begin operations in the Hendricks Building on South Main Street created a lot of local buzz. However, the realization of the economic impact is just beginning to come to light.
The craft beer industry in Mississippi is too new to have generated much in the way of economic growth figures. The brewery here will be only the fourth in the state. But, in other states where the industry has had time to grow, there are numbers available.
For example, in Texas an economic study last year commissioned by the Texas Craft Brewers Guild shows contributions to the state economy exceeding $608 million. The study projects the industry’s economic impact there could reach $5.6 billion annually in less than a decade.
“Truly, the economic impact of Texas’ independent craft beer industry measured in this study is the tip of the iceberg,” said University of Texas-San Antonio Economics Professor Scott Metzger, author of the study.
“Sounds astounding,” Metzger said of the $5.6 billion figure. “But given what’s happening across the country with craft beer, it’s not. It’s actually conservative.”
Not bad for a state that ranks in the bottom ten for breweries per capita. At the time of the study, Texas had only 78 actively licensed craft breweries with another 61 in planning.
Closer to home, Betsy M. Rowell, Executive Director of the Historic Hattiesburg Downtown Association said that she will have economic development graduate students working on a project this fall to estimate the potential impact for downtown Hattiesburg. “Overall, we have had a very positive experience.”
Rowell added that in the warehouse district where the breweries are located a new business has opened and another business, Forrest Bridal, is returning to their original location across the street after having moved across town.
“A vacant piece of property has just sold near both buildings so someone is now planning new construction and that hasn’t happened in ages,” she said.  “Already we have seen an impact.  Both breweries have added new jobs to our roles.”
Locally, Yalobusha Brewing Company would generate 10 to 15 jobs in the first year, according to Andrew O’Bryan, one of the owners. “We can dream after that. Our closest cousin in the industry has about 150 to 200 employees down in south Mississippi,” he said.
“It would be job creation for the area,” O’Bryan emphasized. “We would hire locally. It would also have a pretty big tourism aspect. The other breweries in the state have a big drawing to them because there are just not that many.”
“We want to stress that we will be using as many local assets as we can,” he continued. “Everything would be focused on using other local businesses.”
O’Bryan estimated $50,000 would be spent monthly on operations, much of it local.
“We want to be good citizens in Water Valley,” he said “We would like to be part of the great resurgence here.”
Production at Yalobusha Brewing Company could begin as early as the end of June.